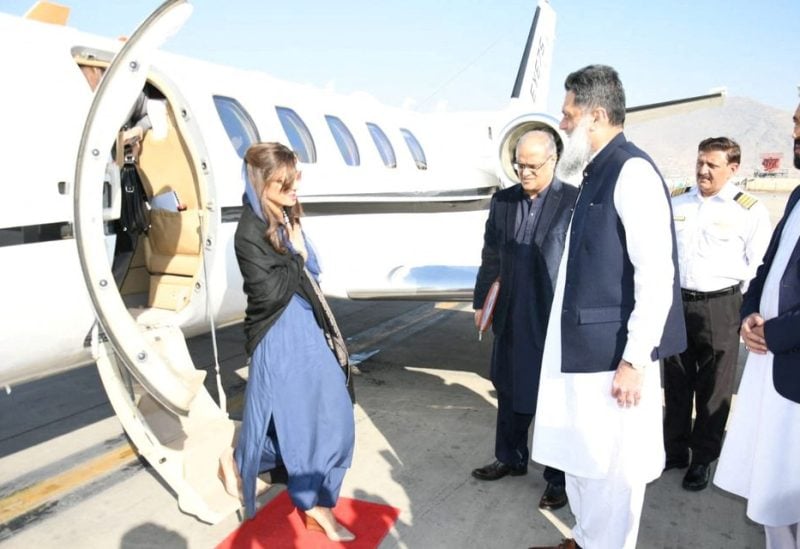 The visit comes at a time of heightened security concerns in areas bordering Afghanistan after the Pakistani Taliban (TTP) said on Monday it would no longer abide by a months-long ceasefire with the Pakistani government. The Afghan Taliban have been facilitating peace talks between local militants and Pakistan authorities since late last year.

Minister of State Hina Rabbani Khar met with acting Afghan foreign minister Amir Khan Muttaqi. It was not clear whether security was discussed at the meeting.

“A range of bilateral issues of common interest including cooperation in education, health, trade and investment, regional connectivity, people-to-people contacts and socioeconomic projects were discussed,” Pakistan’s foreign office said in a statement.

A statement from Afghanistan’s foreign ministry said Muttaqi had also brought up accelerating trade and transit and facilities for travellers between the two countries as well as the release of Afghan prisoners in Pakistan.

Pakistan this month reopened a major Afghan border crossing that was shut for trade and transit after security forces from the two sides had clashed.

Some on social media highlighted the fact that a woman was heading Pakistan’s delegation at a time when the United Nations and Western officials have called on the Taliban to change course on women’s rights.

The Taliban in March made a U-Turn on signals they would open high schools nationwide for girls and have recently announced women would not be able to access public parks.

The Taliban say they respect women’s rights in line with their vision of Islam and Afghan culture.

Since the Taliban took over Afghanistan in August 2021, clashes have taken place between their security forces and those of Pakistan, and militants have attacked Pakistani forces.

Pakistan has called on the Taliban to ensure they live up to promises that they will not harbour international militants. The Taliban deny harbouring militants.

No country has recognised the Taliban, who took over Afghanistan with a speed and ease that took the world by surprise, following which President Ashraf Ghani fled the country and his government collapsed.