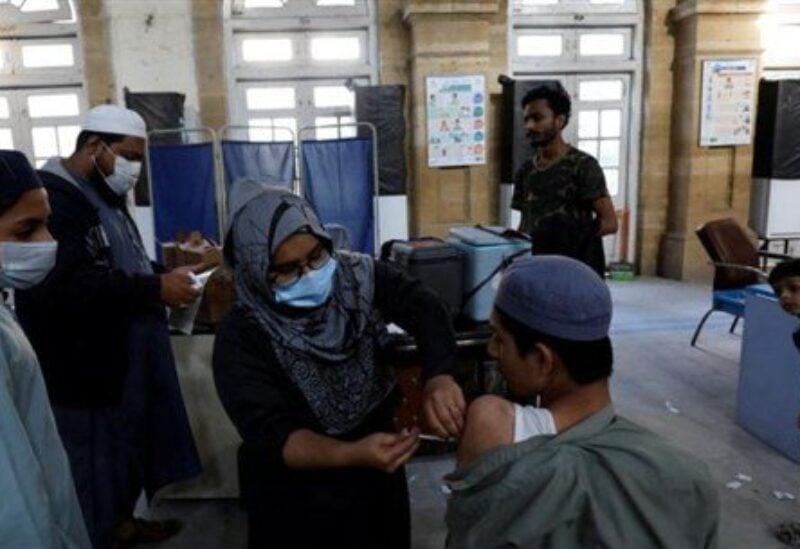 Pakistan recorded almost 7,000 COVID-19 cases in a single day on Friday, the greatest number of infections in a single day since the pandemic began, as the south Asian country imposes additional limitations to combat the fast-spreading Omicron form.

According to statistics from the National Command Operation Centre (NCOC), which is in charge of the pandemic response, at least 7,678 cases in the last 24 hours boosted the positive ratio to 12.93 percent, the most in the last two years. 23 deaths were also reported in the last 24 hours.

In the recent 24 hours, Karachi, the country’s largest metropolis, scored its highest ever positivity ratio of 46.58 percent.

“Amid rising trend of disease across the country a ban on indoor dinning in cities/districts with positivity above 10% has been imposed with effect from January 21,” said a notification issued by (NCOC).

The government authorized booster vaccination shots for citizens over the age of 30. Vaccination of children over the age of 12 has been made mandatory to attend the schools and children under 12 will attend schools with 50% attendance.

He said the number of hospitalizations are rising, citing the on-going wedding season for the rapid spread of the virus.

About 70 million people in Pakistan, or 32% of the population, have had two vaccine doses.

The infection numbers are lower compared to other countries, such as neighboring India – but Pakistan tests 50 to 60 thousand people a day with a population of 220 million compared to India where around 1.9 million tests are being done per day.