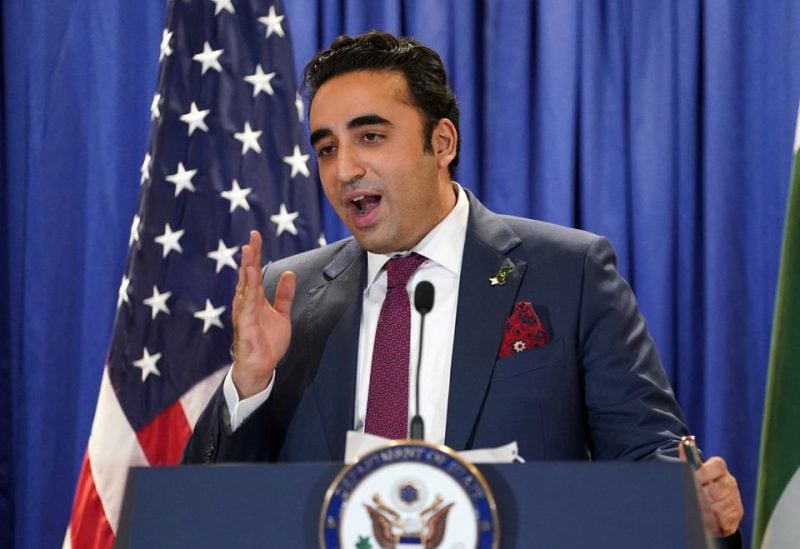 As Pakistan and the US are looking to renew their engagement with one another after the disastrous withdrawal from Afghanistan just over a year ago, Pakistan demanded an explanation Saturday from US Ambassador Donald Blome after US President Joe Biden referred to the South Asian country as being “maybe one of the most dangerous nations in the world.”

In a speech Thursday at a fundraiser for the Democratic Congressional Campaign Committee in California, Biden said Pakistan’s nuclear stockpile is “without cohesion.” The White House later published his remarks on its website, igniting a response in Islamabad.

Pakistan’s foreign minister, Bilawal Bhutto Zardari, the son of former Pakistani Prime Minister Benazir Bhutto and former President Asif Ali Zardari, said a formal demarche was issued to the US ambassador over Biden’s remarks.
After Biden spoke, Pakistani Twitter pounced with politicians, retired diplomats and regular people all weighing in on the invective with some of their own.

In Karachi, Bhutto-Zardari told reporters that he was “surprised by the remarks of President Biden.” He said the concerns were not raised in meetings with officials during his recent visit to Washington.

“If this was such a concern, I imagine it would have been raised with me,” Bhutto Zardari noted, adding that Pakistan’s nuclear weapons meet “each and every international standard” of security and safety outlined by the UN’s nuclear watchdog, the International Atomic Energy Agency (IAEA).

He pointed to India and charged that his country’s archrival had once mistakenly fired a missile into Pakistan.
Prior to the US withdrawal in August 2021 from Afghanistan, relations had been rocky as the US accused Pakistan’s military and intelligence services of supporting the Taliban in Afghanistan while at the same time providing the US military with essential logistical access.

Washington is also weary of Pakistan’s deepening ties to China. Beijing has offered $54 billion (€55.5 billion) in infrastructure deals as part of the Belt and Road Initiative to Pakistan in exchange for access to the Indian Ocean.

The US believes the deal will leave Pakistan with unsustainable debt as it has other nations. Islamabad, however, has brushed aside concerns the US has about China, its most formidable competition on the world stage.

Despite the disagreement, Bhutto Zardari said, ” I don’t believe it negatively impacts the relations between Pakistan and the US. We will continue on the positive trajectory of engagements we are having so far.”