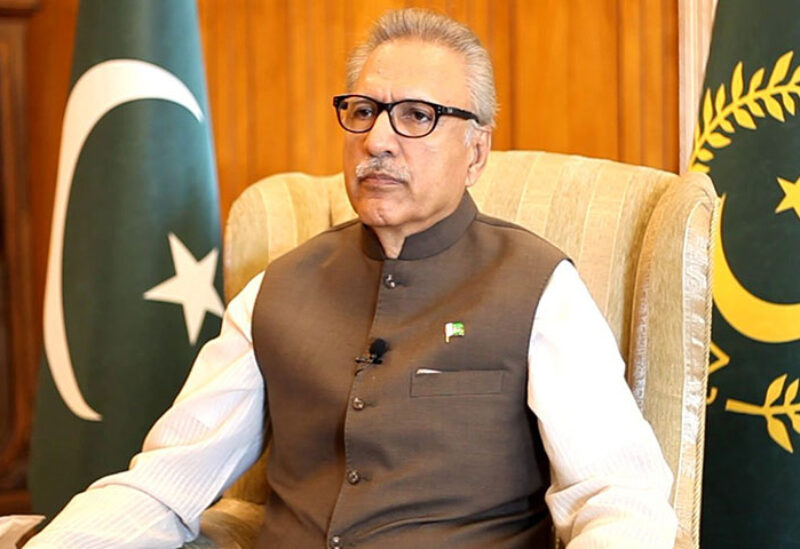 For the second time, Pakistan’s president on Thursday tested positive for COVID-19

“I have tested +ive for Covid again. Had a sore throat since 4-5 days & was getting better. Felt mildly feverish for a few hours two nights ago. No other symptoms,” Arif Alvi tweeted.

He advised the public to take precautions to stem the virus’ spread.

Prime Minister Imran Khan also tested positive for the virus last year before the president did.

Pakistani authorities are now concerned about a fifth virus wave, as new cases numbers have been growing in the last few days.

During the past 24 hours, the country reported 1,085 new cases, bringing the total caseload to over 1.29 million, including 28,955 deaths, according to Health Ministry data.

The daily number has risen since Dec. 29, as the new numbers are at their highest since Oct. 14.

He said a surge “has been expected for the last few weeks” and that genome sequencing shows a “rising proportion of omicron cases,” particularly in Karachi, the largest city and a commercial hub of nearly 20 million people.

Pakistan, a country of over 220 million, has given first vaccine doses to some 98 million to date, while over 72 million people have been fully vaccinated, according to official data.​​​​​​​