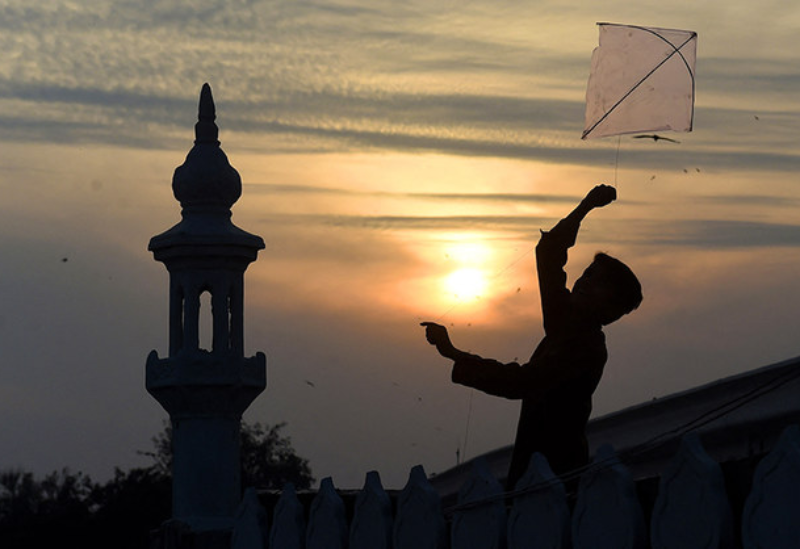 The kite business is thriving in Pakistan’s populous Punjab province, despite a ban on sales and a police crackdown on manufacturers, as most sellers have moved online, industry insiders and authorities said.

On April 10, a man was arrested in the eastern city of Lahore, Punjab’s capital, for selling kites and strings online, an activity deemed illegal since a 2005 ban was imposed on celebrating the boisterous spring festival of Basant.

After being released on bail the next day, the retailer, identified by police only by his first name, Salamat, said his e-commerce business was “thriving” despite the ban.

“I receive orders online, sometimes on the phone, from many circles, and the business keeps on thriving despite the ban on kite-flying,” the suspect was quoted by investigators as saying.

“My customers range from shopkeepers to elite people.”

Kite-flying has long been a passion in South Asia, and for decades the Basant celebration would transform Pakistan’s skies into a glittery kaleidoscope of hundreds of thousands of kites to commemorate the advent of spring.

But in 2005, the Supreme Court banned the celebration after 19 people died from injuries caused by stray strings.

In that year, kites and strings worth over 1 billion Pakistan rupees ($6.5 million) were sold on Basant day in the eastern city of Lahore, the center of the festival.

Authorities say that the problem arises when kite-flyers indulge in duels, using thick strings or razor-sharp wires reinforced with glass and chemicals so they can better attack opponents’ kites and slice their strings.

Stray strings have been known to knock out power lines and, in some cases, tangle around a human neck or limb, causing serious injury or death.

The ban has been lifted several times over the years for the period of Basant, but the sport still caused deaths as kite flyers continued to use wire or modified strings.

Police say they are “helpless” in the absence of clear laws to tackle online kite sales.

A cybercrime director at the Federal Investigation Authority (FIA), Abdur Rab Chaudhry, told Arab News that the cybercrime wing should “technically and legally” be looking into cases of online kite-selling, but the Kite Flying Act came under police jurisdiction.

“This is electronic forgery and crime, but unfortunately it’s not on the schedule of FIA,” Chaudhry said. “This offense should be extended to the Prevention of Electronic Crimes Act.”

Meanwhile, the online kite business has grown to be worth billions of rupees, according to the President of the Kite Flying Association, Sheikh Saleem, who said shopkeepers and those involved in online retail were generating up to 20 million rupees per season, despite the Basant ban.

“This business, if allowed, can run into billions,” Saleem told Arab News. “In fact, people were making billions when there was no ban.”

Basant could still generate 100 billion rupees annually if the ban were lifted, he said.

“The government should have come out with a viable strategy to stop incidents due to metallic wire used in kite flying, instead of shutting down the whole industry,” Saleem said.

For now, there are no plans to bring Basant back, Punjab Culture Minister Khayal Kastro told Arab News, citing five deaths due to kite-flying duels in March alone.

“That’s true. The government has failed to net the culprits who turned this festival into a deadly entertainment,” he said, adding that “this is not solely the government’s responsibility alone.”

Kastro said: “We want to bring back this festival, but all stakeholders need to share responsibility for human lives, which mean more than entertainment.”