Palestine Expresses Reservations over Statements on Normalizing Ties with Israel 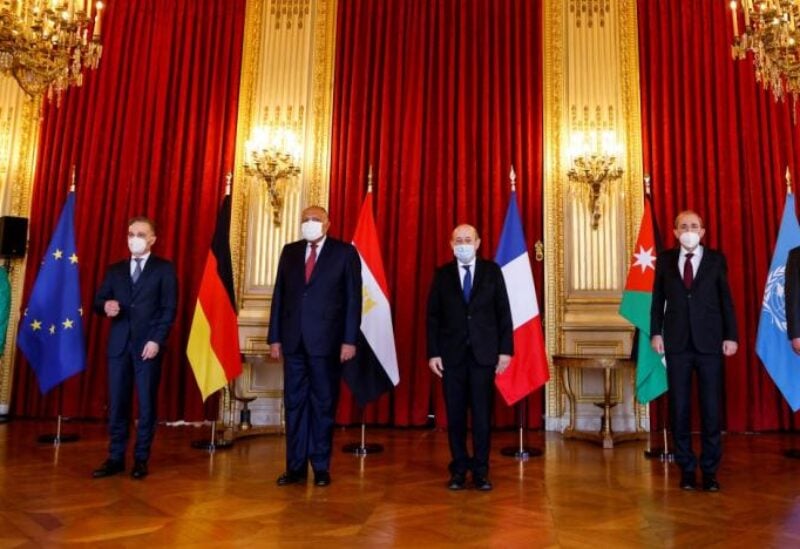 The Palestinian Authority on Sunday expressed reservations about a clause referring to the Arab normalization with Israel in the final statement of a quadripartite meeting held Saturday in Munich, Germany.

A meeting for Foreign Ministers of Egypt, Jordan, France and Germany was held Saturday on the sidelines of the Munich Security Conference (MSC2022) to exchange views on the Middle East Peace Process (MEPP) and its latest developments.

Palestinian Foreign Minister Riad al-Maliki stressed the importance of the ministers’ efforts to try to fill the political vacuum in efforts to resolve the Palestinian-Israeli conflict.

While the Palestinian side welcomed the concluding statement of the Munich Group meeting, it expressed reservations over the seventh clause regarding the peace deals and the normalization of ties between certain Arab states and Israel.

The clause shed light on the significance of the peace deals between the Arab countries and Israel, said Maliki, expressing concern that normalization would be backed up before resolving the Palestinian cause.

“We stress the need to refrain from all unilateral measures that undermine the two-state solution and the prospects of a just and lasting peace,” read a joint statement by the group – which comprises Egypt, France, Germany, and Jordan – following the meeting in Munich.

They called on Israeli authorities to refrain from expanding or building new settlements, confiscating land, and evicting Palestinians from their homes.

The meeting focused on continuing coordination and consultation to relaunch serious and effective negotiations between the Palestinian and Israeli sides to achieve a just and comprehensive peace based on the two-state solution.

The ministers agreed to continue working with all parties, stressing that achieving just and lasting peace is a strategic goal in the interest of all parties and a key to regional security and stability.