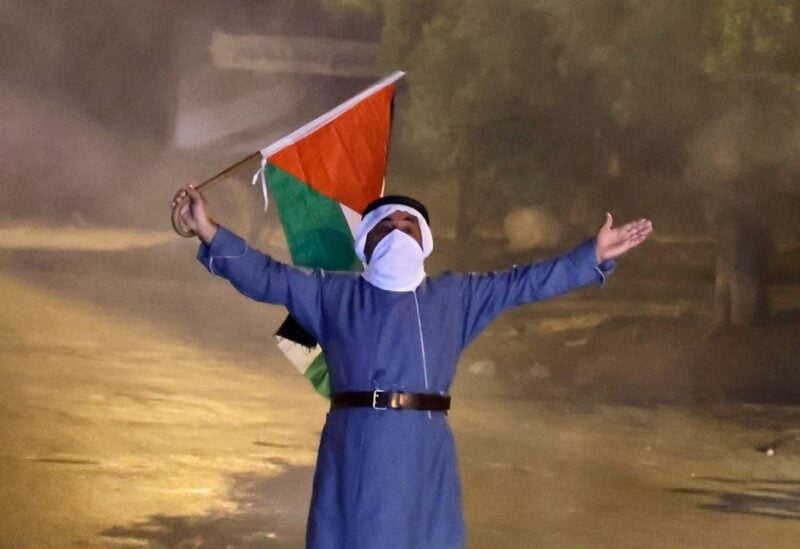 A Palestinian man waves his national flag near the Israeli-controlled Hawara checkpoint during clashes with Israeli forces following a protest in support of the six Palestinian prisoners who escaped from Israel’s Gilboa prison, on September 13, 2021. (Jaafar Ashtiyeh/AFP)