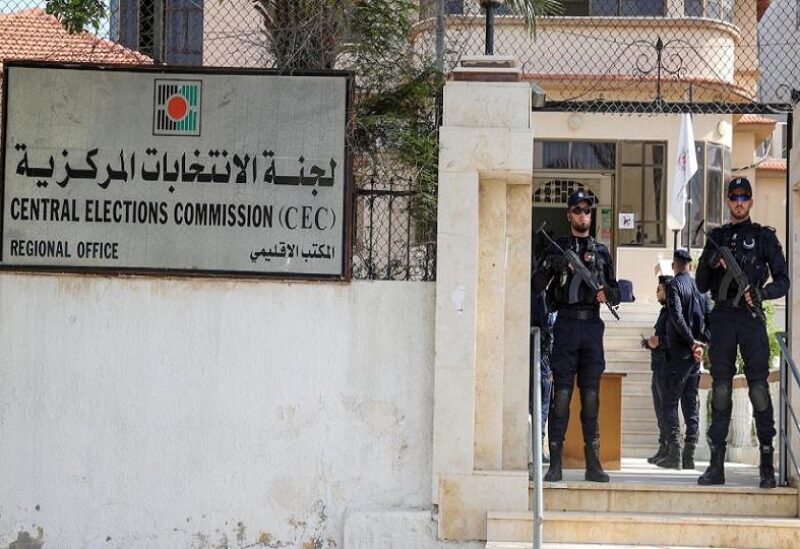 Palestinians in the West Bank elected their municipal councils in the second and final phase of the local elections after Hamas refused to hold them in the Gaza Strip, in a move that sparked widespread criticism.

Palestinians elected 50 local bodies in all governorates of the West Bank, including the areas under Israeli control.

Central Elections Commission chief Hanna Nasser said in a press conference that there is a remarkable turnout at the ballot boxes in the West Bank, expressing his regret that the commission was unable to hold elections in the Gaza Strip.

It was the second phase of municipal elections after the first round of voting in December in 154 West Bank villages.

Local elections are held every four years in the West Bank, but since taking control over the Gaza Strip in 2007, Hamas has banned them there.

The last elections were held jointly between the West Bank and Gaza, in 2004 and 2005 over three phases, then the Palestinian Authority (PA) announced three times that it wanted to hold elections in 2010 and 2011 without actually holding them.

Hamas refused to allow this year’s local elections in protest at the indefinite postponement of parliamentary and presidential elections, saying they must be held within the dialogue and national consensus.

Legislative and presidential elections were supposed to occur in May and July, but President Mahmoud Abbas canceled them after Israel prevented them in Jerusalem, after 36 lists were registered, which sparked anger and disputes.

The European Union mission in Palestine welcomed the high turnout in the local elections in the West Bank, saying it is an evidence of the desire of Palestinian people to participate in decision-making.

EU spokesman Shadi Othman expressed his regret that the Palestinians in Gaza were not allowed to vote in this phase of local elections in conjunction with the West Bank, calling for the elections to be held there as soon as possible.

The EU spokesman affirmed the need for Israel to abide by the agreements signed with the Palestinians on allowing Palestinians in occupied East Jerusalem to cast their votes, as Israel’s refusal last year to allow voting in Jerusalem caused an open-ended postponement of Palestine’s overdue legislative and presidential elections which would have been the first in 16 years.

Meanwhile, the deputy chairman of Fatah, Mahmoud al-Aloul, expressed his regret at Hamas’ continued obstruction of elections in Gaza.

Member of People’s Party politburo Walid al-Awad regretted Hamas’ prevention of local elections in Gaza, considering this a negative sign, saying there was hope that all Palestinian governorates would be included in the polls.

Local elections are politically significant because they present an opportunity to prove the factions’ strength and dominance among the public, which constitute another influential force in the local electoral battle.

The last completed village and municipal polls were held in the West Bank in 2017-2018 when Fatah won the majority of the seats after Hamas boycotted the elections.

Voter turnout for the second phase of the local elections reached 39 percent, for a total of 278,324, out of the overall number of eligible male and female voters of 715,413, to elect 234 lists running for 50 local councils. These lists include 2,306 candidates; 27 percent are women, all competing for 632 seats.

The votes counting process began Saturday night with more than 2,600 local observers, 300 international observers and guests, and more than 5,300 agents representing the competing lists of candidates.

Official results are expected to be announced Sunday.