Palestinian family, including 6 children, killed in Israeli airstrike in Gaza 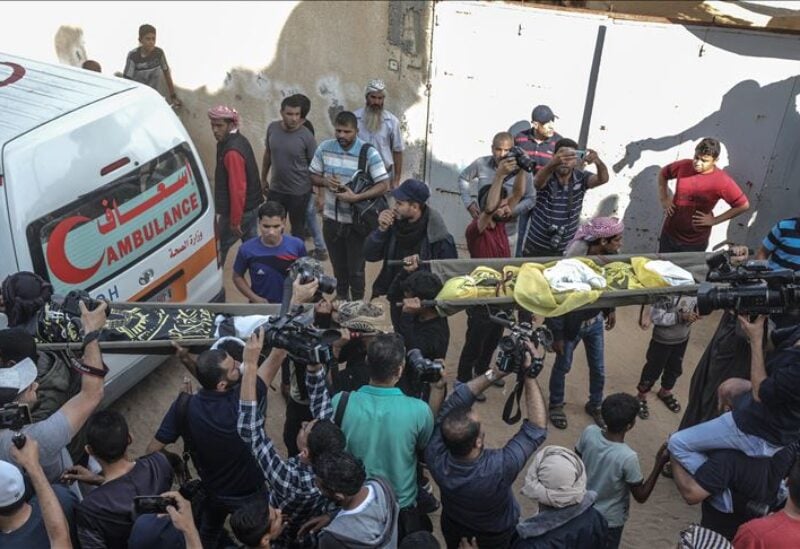 Six children of a Palestinian family have been killed in an Israeli airstrike against a refugee camp in the besieged Gaza Strip.

In the pre-dawn airstrike by Israeli warplanes against al-Shati refugee camp, the six children and at least another member of their family were killed, the Palestinian Ma’an news agency reported.

It added that the airstrike demolished the Palestinian house and further wounded more than 20 others in the camp, which is located in northern Gaza Strip along the Mediterranean Sea coastline.

The development came as Israel has been pounding the blockaded enclave with repeated airstrikes for the past several days.

At least 133 Palestinians, including 38 children and 20 women, have been killed and about 1,000 others injured in Gaza in the Israeli regime’s latest round of aggression that began on Monday.

The United Nation said on Friday that it estimates some 10,000 Palestinians have had to abandon their homes in Gaza “due to the ongoing hostilities” amid an Israeli offensive.

On Friday night, al-Qassam Brigades, which is the military arm of the Palestinian resistance movement Hamas, pounded Israel’s Hatzerim Airbase with rockets in response to the regime’s bloody onslaught against Palestinians in the besieged Gaza Strip, Lebanon’s Arabic-language al-Mayadeen television news network reported.

There were no immediate reports about possible casualties among Israeli troops or the extent of damage inflicted on the Hatzerim Airbase, which is located in the Negev Desert on the western outskirts of Beersheba.

Earlier, Al Jazeera reported that a fresh wave of rocket attacks had been conducted from Gaza Strip against various targets in the occupied territories, with al-Qassam Brigades announcing that they had hit Tel Aviv with several rockets.

Al-Qassam Brigades also said it had struck the Israeli city of Ashdod to the north of the Gaza Strip with a round of rockets, reported Turkey’s Anadolu news agency, which quoted the Israeli military as saying that the attack sounded warning sirens in the city as well as in Beersheba.

The resistance groups in the Gaza Strip have so far fired hundreds of rockets toward the occupied territories, some of which have flown as far as Jerusalem al-Quds, in retaliation for Israel’s ceaseless airstrikes against the blockaded enclave