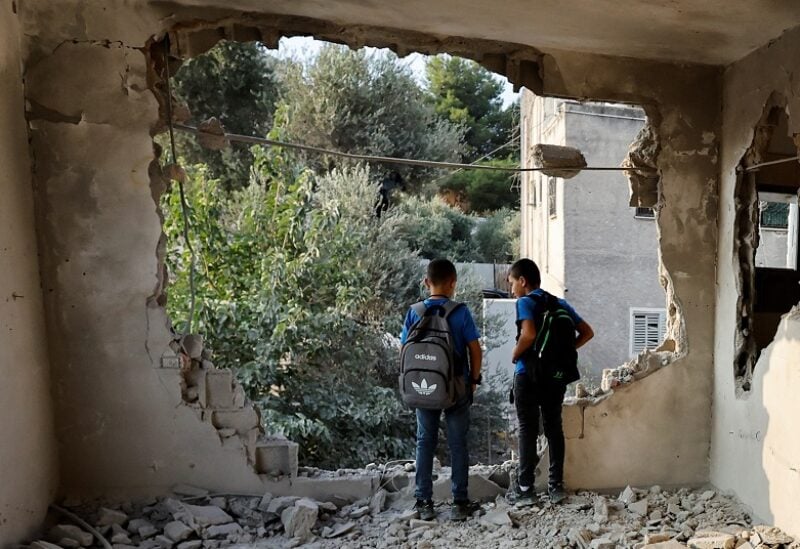 Palestinians inspect the house of Tel Aviv attacker Raed Hazem after it was demolished by Israeli forces in Jenin in the Israeli-occupied West Bank September 6, 2022 REUTERS/Raneen Sawafta

The Palestinian health ministry said on Tuesday that a Palestinian was killed and 16 others wounded by the Israeli army, in a raid in Jenin in the occupied West Bank.
“The outcome of the Israeli aggression on Jenin at dawn today: A 29-year-old martyr and 16 wounded with bullets and shrapnel were admitted to hospitals,” the Palestinian health ministry said.
The Israeli army said in a statement it had entered Jenin overnight “in order to demolish the residence” of the perpetrator of a deadly shooting attack in Tel Aviv in April.