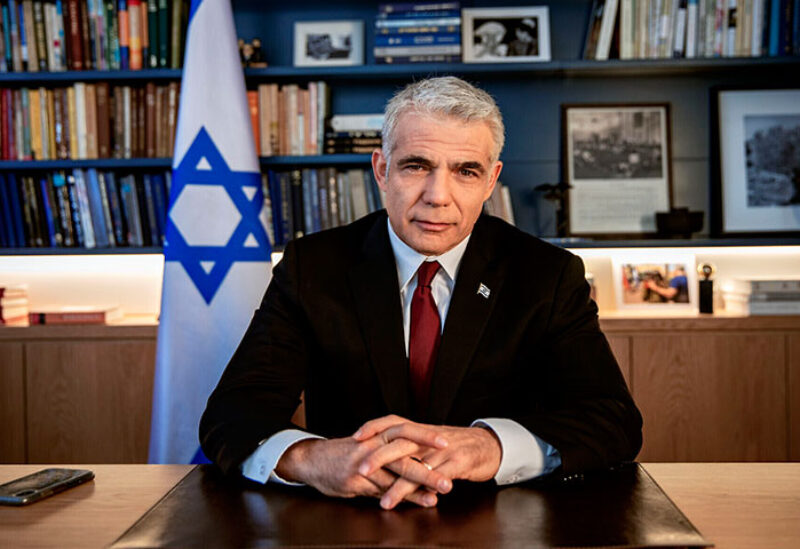 In the first such an encounter between the Jewish state’s current foreign minister and a Palestinian official, Israel’s top diplomat held an official meeting Sunday evening with a Palestinian minister
“I met this evening with Israeli Foreign Minister Yair Lapid and we discussed several political and bilateral issues,” Palestinian civil affairs minister Hussein Al-Sheikh said on Twitter.
“I have highlighted the need for a political horizon between the two parties based on international legitimacy,” he added, without saying where the encounter took place.
The Israeli foreign ministry declined to comment to AFP but did not deny that the meeting took place.
In late December, Israeli Defense Minister Benny Gantz hosted talks with Mahmud Abbas on the Palestinian president’s first visit to Israel for an official meeting since 2010.
At that time, Israel’s defense ministry announced “confidence-building measures” with the Palestinian Authority.
These included a $32 million (100 million shekel) advance payment to the PA in taxes collected on its behalf by Israel, and the granting of 600 extra permits allowing Palestinian businessmen to cross into Israel.
It also announced the regularization of 6,000 more Palestinians living in the occupied West Bank, which has been under Israeli control since the Six-Day War of 1967.
Sheikh had welcomed Abbas’ meeting with Gantz, saying at the time that it had been a “serious and courageous effort” toward a “political” solution.
After Israel’s coalition government led by Prime Minister Naftali Bennett was formed in June, Gantz visited the PA’s headquarters in the West Bank city of Ramallah in August for talks with Abbas, the first official meeting at such a level for several years.
Right-winger Bennett leads a motley coalition of parties ranging from the Jewish nationalist right to the center and left, and includes an Israeli Arab party for the first time.
After those talks, hawkish Bennett, the former head of a settler lobby group who opposes Palestinian statehood, underlined that there was no peace process under way with the Palestinians, “and there won’t be one.”