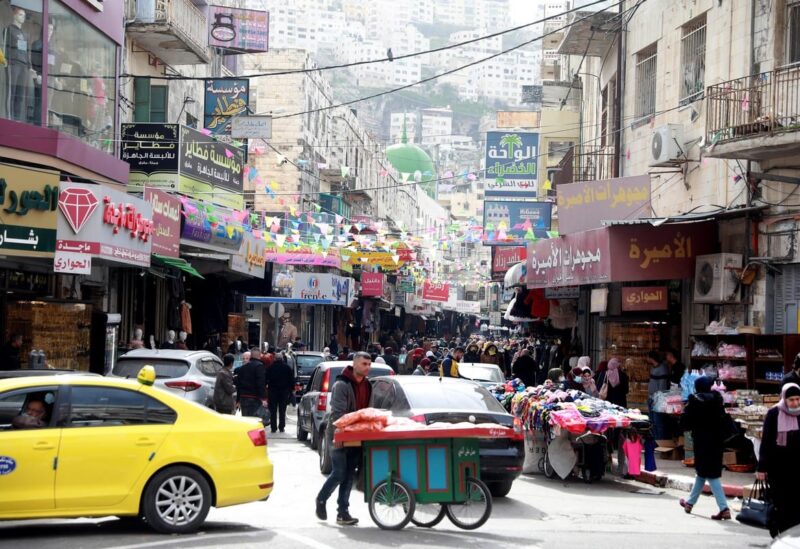 As the Palestinian Authority was preparing for the second phase of elections in March, in the West Bank, Hamas has rejeced plans to hold municipal polls in the Gaza Strip

More than 100 Palestinian NGOs issued a petition calling on Hamas and Fatah to remove any administrative, technical, or legal obstacles, and to ensure that local elections are held in Gaza and the West Bank.

The director of the NGOs Network in Gaza, Amjad Al-Shawa, said that the consensus on holding local elections will restore hope to the Palestinian people in the possibility of achieving internal reconciliation.
Hamas and Fatah have failed to achieve internal Palestinian reconciliation after several attempts.

The NGOs said that holding local elections would push the process towards completing the rest of the legislative and presidential elections.

Hamas has made three demands of the Palestinian Authority to participate and allow the second phase of local elections to take place in the Gaza Strip.

In a letter sent to the Palestinian Central Elections Commission, Hamas demanded that comprehensive elections should be held simultaneously or consecutively, in which local elections are a part and not a substitute for them.

Hamas sought a written pledge from President Mahmoud Abbas to ensure that the elections will not be canceled at the last minute, and also wants the amendments he made to the municipal elections law to be cancelled.

Hamas spokesman Hazim Qasem said that the movement does not want partial elections.

He said that the movement’s demands match national aspirations and that they must be discussed within the framework of a “serious national dialogue to discuss the elections at all levels, setting specific timetables, with written guarantees that they will be respected.”

Hamas wants to hold comprehensive Palestinian elections for the Legislative Council, the presidency, and the National Council, as agreed upon nationally — either simultaneously or consecutively.

Abbas indefinitely postponed the legislative elections that were scheduled for last May, citing Israel’s refusal to hold them in Jerusalem.

The Central Elections Commission announced that it had received an official letter from Hamas including its position on the second phase of the local elections scheduled to be held on March 26.

This stage of the elections will not be held in Gaza, according to the letter from Hamas, confirmed the director of the Regional Office of the Elections Commission in Gaza, Jamil Al-Khalidi.

He said that the letter included “political demands,” which Hamas set as a basis for agreeing to participate and hold elections in Gaza.
The demands related to the elections law, such as canceling the formation of the electoral court, and returning the jurisdiction to decide on appeals to the courts of first instance in the West Bank and Gaza Strip.

Hanna Nasser, the chair of the commission, responded to Hamas with a written letter.

He stressed that Hamas’s demands “are political, and require addressing the political level about them.”

The chairman said that the commission has an executive mission and it was not within its competence to decide on those political issues.

The commission believes that it is currently impossible to hold local elections in Gaza due to limited time ahead of the voter registration process for local elections, which is expected to begin within a few days.

The first phase of local elections were partially held in early December in 154 local councils in villages and towns in the West Bank, but not in the Gaza Strip.

Hamas has controlled the situation in the coastal strip since the split occurred in mid-2007.
The Palestinian Local Elections Law stipulates that “elections shall be held every four years by a decision of the council of ministers, provided that the term of office of the council shall be four years, and it shall continue to conduct business until the elections are held.”

The last local elections were held in 2017 in the West Bank, when Hamas also refused to hold them in Gaza.