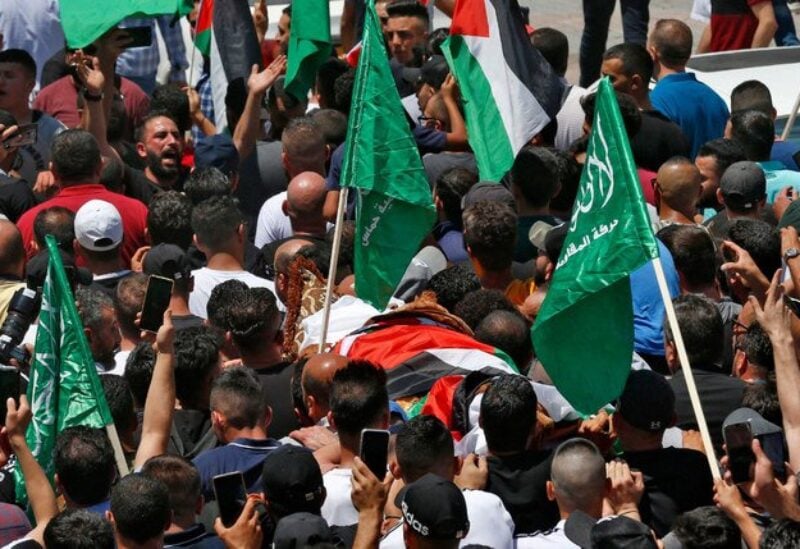 Large demonstrations are being held across the West Bank calling for an end to Abbas after the death of Niza Banat, an activist and a  PA critic. The Palestinian mourners called for a change of government as they marched through Hebron for the funeral of one of President Mahmoud Abbas’s most prominent critics, who died after being arrested by security forces.

Thousands of people accompanied Nizar Banat’s coffin through the streets of the occupied West Bank city, many of them chanting “The people want the fall of the regime” and “Leave, leave Abbas.”

Some waved Palestinian flags and others the flag of Hamas, Abbas’s rivals in Gaza.

Banat’s family said Palestinian Authority (PA) forces broke into his house in the city in the early hours of Thursday and hit him repeatedly with a metal rod before arresting him.

He suffered blows to the head, the PA’s Independent Commission for Human Rights said after conducting an autopsy.

Abbas’ Palestinian Authority said it would hold an inquiry, but has not commented on the accusations.