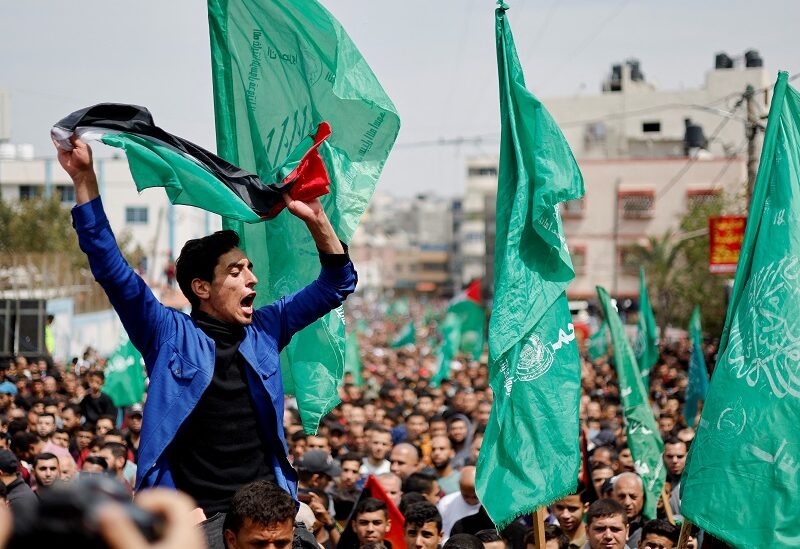 The Palestinians asserted their adherence to their land and the right of return, commemorating the 55th anniversary of the Six-Day War (Naksah), during which Israel occupied East Jerusalem, the West Bank, the Gaza Strip, Sinai, and the Golan Heights.

Prime Minister Mohammad Shtayyeh said that the Palestinians are more steadfast and attached to their land in the face of the occupation with determination.

“The Palestinian people are determined to thwart all the Israeli plans to erase their presence and end their national identity,” Shtayyeh said.

The Arab League called on the international community to implement the two-state solution and recognize the state of Palestine.

The General Secretariat of the League of Arab States called on the Security Council to implement its decisions and carry out its duties in maintaining international peace and security.

It asserted that the Council must obligate Israel to end the occupation, complete withdrawal from all Palestinian and Arab territories occupied since June 5, 1967, and provide international protection for the Palestinian people.

The Palestine and Arab Occupied Territories Sector of the League asserted that the long record of the occupation’s crimes and its plans to impose a fait accompli by force remains the same after five decades.

The Secretariat urged the countries that have not yet recognized Palestine to take this step in a way that helps achieve peace under the two-state solution.

It warned that this year’s anniversary coincides with a dangerous Israeli escalation after the army increased its “aggression and terror” in Jerusalem, allowing settlers to attack and storm the courtyards of al-Aqsa Mosque, and desecrate Islamic and Christian sanctities.

Hamas movement confirmed that the developments in al-Aqsa are “acts of piracy” that will not succeed in Judaizing it.

The Secretary of the Executive Committee of the Palestine Liberation Organization, Hussein al-Sheikh, asserted that Palestinians renew their commitment to the continuous struggle until this occupation is defeated and they establish a free and independent state with Jerusalem as its capital.

Meanwhile, Hamas threatened to “widen the circle of engagement” with Israel following the recent attacks on al-Aqsa, asserting that the resistance will not remain silent about the occupation’s crimes.

The movement’s spokesman, Abdel Latif al-Qanou, called for a state of “alertness to confront and thwart the plans of the Zionist occupation.”

On Sunday, over 500 extremists stormed Al-Aqsa Mosque under the protection of the Israeli police and performed Talmudic rituals in the courtyards.

The Islamic Waqf said that 526 extremists stormed the Mosque through the Maghrabi Gate, accompanied by heavy security guards from the occupation forces, noting that Israel officially prohibits Jews from performing prayers there.

The Israeli forces banned Muslims from entering the Mosque or performing noon prayers.

Israeli settlers approached Palestinians and they responded by throwing stones and shoes at them, after which the Israeli police arrested three Palestinians.

Extremist temple groups called for intensifying the raids on June 5-6 on the occasion of Shavuot. In response, Jerusalemites called to confront these incursions, leading to clashes with Jews, before the police fired rubber bullets and tear gas canisters at them.

Islamic bodies and authorities in Jerusalem warned that the developments constitute a flagrant and dangerous violation of the sanctity of the Mosque, confirming that these intrusions will only bring destruction, devastation, and hatred between peoples and nations.