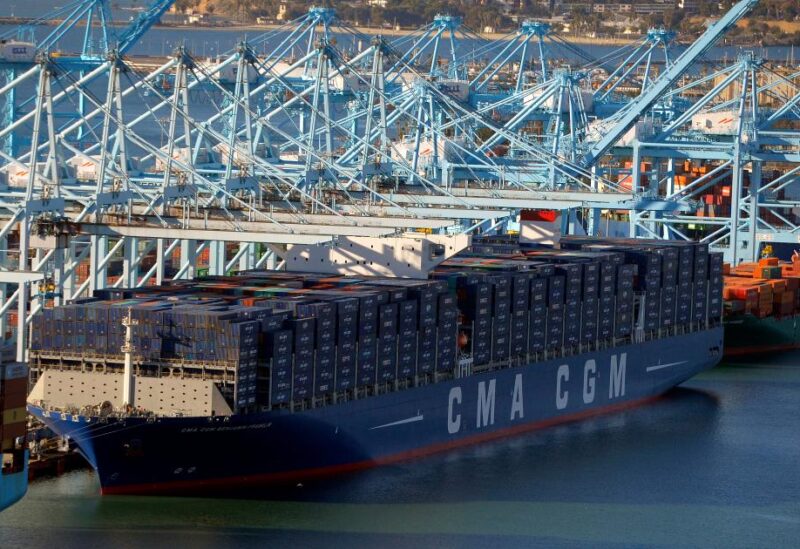 An estimated 100,000 merchant seafarers are stranded across the world because of the coronavirus pandemic in what campaigners call a “humanitarian crisis” that threatens global supply chains and are calling on all countries to recognize the 1.6 million people who work on board merchant vessels as key workers, including allowing them to travel across borders and offering priority coronavirus vaccines. It’s estimated that 80% of all internationally traded goods are transported by sea.

Among those caught up in the crisis is Indian national Ritesh Mehra, who signed up for a four-month contract as captain of an 80,000-ton liquid gas tanker in July last year. More than eight months later, he and his crew were still stuck on the ship— unable to leave because of the coronavirus pandemic.

“The part of not being able to go back home in time, and the thought of being chained to this particular place, and in a way you can also say [it is like a] jail, it is [wearing] on the crew now. They are thinking more about it than the actual job at hand,” Mehra told Reuters.

“My family don’t trust me anymore. I have been giving them a date right from December — ‘I will be able to come back home at the end of December, we will have Christmas and New Year’s in time.’ Then I call them January, ]I tell them] ‘I’ll get down from Incheon on the first week of January.’ I cancel, I told them, ‘Okay, middle of January, I’ll get off in Japan in the middle of January.’ That went past.”

Mehra, who has 20 years of experience at sea, finally disembarked the ship at the end of March. He faces two weeks of quarantine before he can reunite with his family in New Delhi. Mehra says he no longer wants his sons to follow in his line of work.

Under normal circumstances, seafarers work four- or six-month contracts before crews are rotated. The rotations require transit visas and charter flights to repatriate the seafarers back to their countries of origin after they disembark the vessel at an international port. They are only allowed off the ship when a replacement can be brought on board.

Global travel restrictions have made those rotations increasingly difficult, according to Guy Platten, secretary general of the International Chamber of Shipping.

“By the autumn we had well over 400,000 who were far beyond their original contract tour lengths, and some of them had been on board for well over a year, up to 18 months,” he told VOA.

Platten says the situation improved in late 2020, but travel restrictions are returning once again.

“What we’re really feared of now is that just as we were starting to make progress, with the new [coronavirus] variants, it’s starting to get worse again,” he said. “And of course with the idea of some sort of vaccine passport being introduced by countries as they come out of COVID, it’s just going to go back to square one again.”

In the waters off Hong Kong, dozens of ships lie at anchor, their crews unable to come ashore because of the pandemic. Reverend Stephen Miller of the Hong Kong Seafarers’ Mission has launched a small supply boat that delivers goods such as mobile phone SIM cards and snacks to the crewmembers on board. He fears for their mental health.

“You can just imagine it for yourself, you’ve been planning to go home, you’ve been planning do things with your family, or maybe see a young child for the first time in many, many months, and then it’s taken away from you,” Miller said. “So that obviously leads to sadness, which can lead to depression, and if it’s not talked about, it may lead to, sadly, people thinking about life’s not worth living.”

Several multinational firms, shipping companies, trade bodies and maritime labor organizations have signed the Neptune Declaration on Seafarer Well-being and Crew Change, which calls on all nations to recognize seafarers as key workers, allow them to travel and offer them priority vaccines.

Chief Officer Karynn Marshall spoke to VOA on her way back home to Texas, after being stuck at sea for several months. She was only able to depart the ship after it docked in California.

“Merchant mariners should definitely be priorities when it comes to getting a vaccine. And the fact that we’re not is insane to me,” Marshall told VOA. “I think companies should work on making their employees, giving the vaccine for their employees so that we can start getting back to a normal crew change, normal rotations, we can all go back to our families.”

The signatories to the Neptune Declaration say seafarers will play an increasingly vital role in maintaining supply chains required to roll out global vaccination programs, and all countries must recognize them as key workers.