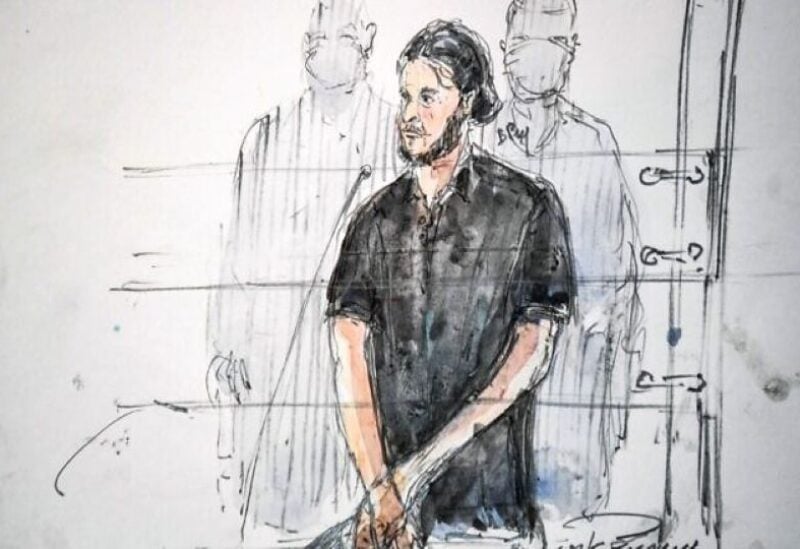 This court-sketch made on September 8, 2021 shows Salah Abdeslam, the last surviving member of the jihadist cell of the November 13, 2015 Paris attacks.

Salah Abdeslam, the prime suspect in the November 2015 terrorist attacks in Paris that killed 130 people, told a judge on Wednesday that he supported and loved the terrorist organisation ISIS.

In a similar event, more than 100 police officers searched numerous residences in Antwerp on Tuesday, detaining 13 persons suspected of having ties to an extremist group, according to prosecutors.

Federal prosecutors said in a statement that the operation was initiated under the jurisdiction of anti-terror magistrates as part of a larger probe.

The Belgian towns of Brussels and Antwerp have already been singled out as suspected safe havens for international extremism.
The extremist organization Sharia4Belgium was created in Antwerp in 2010, and many of its members went on to fight for hardline factions in Syria.

Its previous leader, Fouad Belkacem, was sentenced to 12 years in jail in Belgium in 2015 and subsequently deprived of his Belgian citizenship in 2018.

Although Sharia4Belgium has been formally disbanded, Belgian law enforcement is concerned that it may still be a source of inspiration for certain radicals.

Following the 13 November 2015 Paris attacks, which killed 130 people, Belgium was accused of serving as a safe haven for worldwide extremism.

The early inquiry found that some of the assailants were from the working-class Brussels neighborhood of Molenbeek, where the assaults were planned.

After the arrest in Brussels of Salah Abdeslam, the sole surviving member of the Paris attack cell, who is currently on trial in France, Belgium became a target.

The ISIS terrorist group claimed responsibility for a twin suicide bomb attack in Brussels on March 22, 2016.

Bombers from the same extremist group that carried out the Paris attacks blew themselves up in Brussels Zaventem airport and on the metro, killing 32 and injuring 340.