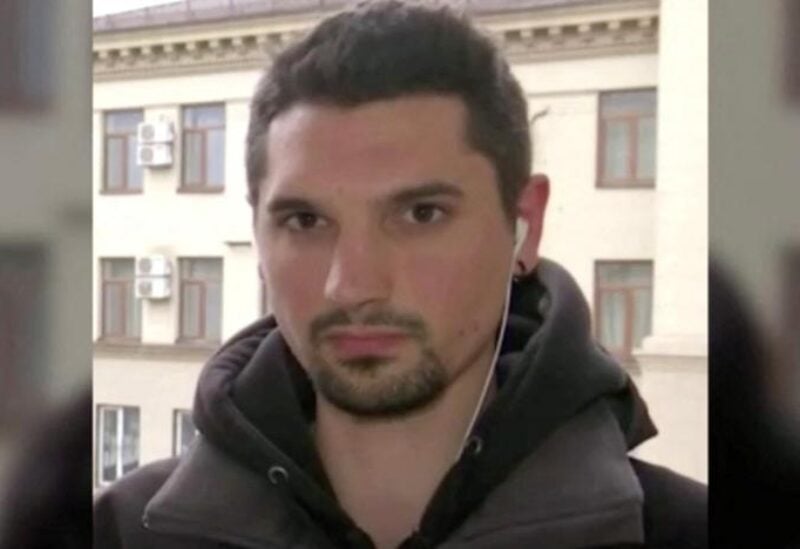 An undated photo of French journalist Frederic Leclerc-Imhoff, who was killed in shelling, is seen in this screengrab taken from a video released by BFM TV, obtained by Reuters on May 30, 2022.

France on Monday called for an investigation after a French journalist was killed in Ukraine when shelling hit the vehicle he was traveling in that was being used for the evacuation of civilians near the city of Sievierodonetsk.

“France demands that a probe be carried out as soon as possible and in transparency on the circumstances of this drama,” Foreign Minister Catherine Colonna, who was in Ukraine on Monday, said in a statement.

Frederic Leclerc-Imhoff, 32, the latest journalist killed since Russia invaded Ukraine in February, was on his second reporting trip for French television channel BFM in Ukraine, his employer said.

The governor of Ukraine’s Luhansk region Serhiy Haidai said in a post on the messaging service Telegram that an armoured transport vehicle was hit by shrapnel from a Russian shell, killing the journalist. An attached picture showed a truck that appeared to have been adapted with armor.

The evacuation effort was suspended after the strike, he said.

Russia’s Foreign Ministry did not immediately respond to a request for comment. Moscow has repeatedly denied that its forces target civilians in Ukraine.

Colonna said on Twitter that she had spoken to the Luhansk governor and had asked President Volodymyr Zelenskiy for an investigation.

Both had assured her of their help and support.

“It is a double crime to target a humanitarian convoy and a journalist,” she said.

President Emmanuel Macron said on Twitter: “Frederic Leclerc-Imhoff was in Ukraine to show the reality of the war. Onboard a humanitarian bus with civilians forced to flee to escape Russian bombs, he was mortally wounded.”

Oleg Nikolenko, a spokesman for the Ukrainian foreign ministry, said on Twitter: “We strongly condemn this killing. The list of Russian crimes against media workers in Ukraine keeps expanding.”