Paris Seeks to Consolidate Cooperation with Riyadh in Various Fields 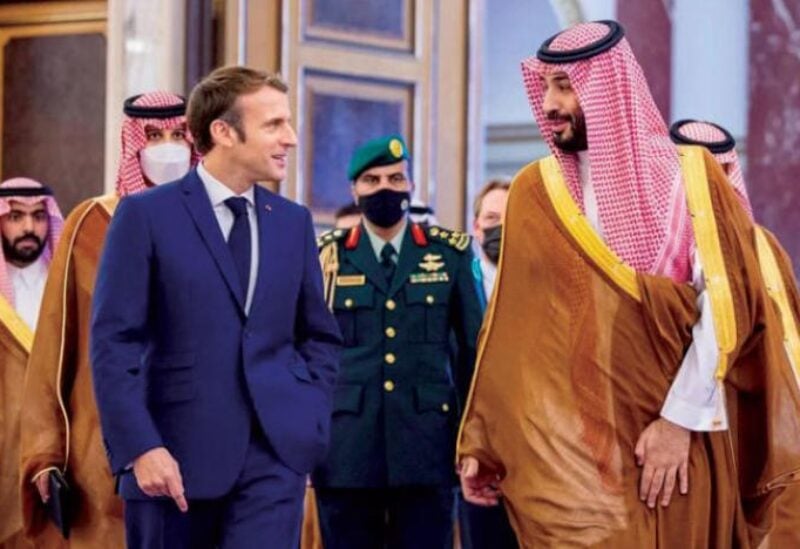 The Crown Prince’s visit to Paris – the second leg of his European tour – comes amid major international developments, mainly the Russian war on Ukraine and its consequences in the energy sector, the food crisis, and the tension between Moscow and Western capitals over harsh sanctions imposed on Russia.

The two sides are expected to discuss many issues, including the Yemeni war and the fate of the truce, the Iranian nuclear talks and the relationship with Tehran, stability and security in the Gulf region, the fight against terrorism, the Saudi-French efforts to get Lebanon out of its multiple crises and the upcoming Lebanese presidential elections, in addition to the Palestinian-Israeli conflict.

He stressed that Saudi Arabia and France, both members of the G20, would unite their efforts at the upcoming summit, and work together within the framework of implementing the Saudi Vision 2030.

The visit of the Crown Prince is an opportunity to expand initiatives:

The former French ambassador said that the bilateral meeting “represents an opportunity to enhance consultation and expand joint initiatives.”

“There is no doubt that it will lead to strengthening the strategic partnership that has brought our two countries together for years,” he underlined.

Besancenot believed that Saudi Arabia, which has “recovered its financial capabilities, wants to cooperate with interested parties in implementing the major projects that it has launched.”

He continued: “France, which has an old friendship with Saudi Arabia, is able to keep pace with Saudi projects and is ready to offer its knowledge and expertise in the sectors of energy, transport, communication, environment, health, security, rehabilitation and culture.”

Paris is looking for a role in the Middle East:

The expected meeting is the culmination of a series of summits hosted by the Elysee Palace over the past ten days, which included UAE President Sheikh Mohammed bin Zayed al-Nahyan, Egyptian President Abdel Fattah el-Sisi and the President of the Palestinian Authority, Mahmoud Abbas.

Macron, who returns on Thursday from his African tour, has contacted Iranian President Ibrahim Raisi to urge him to accept the offer made to Tehran regarding the nuclear negotiations.

French sources said that Macron wants to put his country on the diplomatic map of the Middle East. The sources added that the French president was seeking to reproduce the experience of the Baghdad conference held in August last year, which brought together all parties in the region, including the foreign ministers of Saudi Arabia, Turkey and Iran.

According to the French vision, a conference or summit of this kind would reduce escalation and provide a platform for dialogue between all parties.

Saudi Arabia attaches great importance to the cultural sector in the context of the existing dynamic cooperation with the French side. In an interview with Asharq Al-Awsat, Jack Lang, the former Minister of Culture and current head of the Arab World Institute, pointed to a “strong desire” on both sides to push cultural cooperation forward.

On the occasion of Prince Mohammed bin Salman’s visit, Lang sent a letter to Macron, urging him to deepen cooperation with Riyadh in the cultural, scientific, cinematic and artistic fields, praising the “cultural revolution taking place in Saudi Arabia.”

On a different note, Paris does not hide its interest in finding alternative and sufficient sources of oil and gas as prices are rising in Europe in an unprecedented way. However, Riyadh frankly expressed its position on the Western demand to raise its oil production, stressing its commitment to the decisions of the OPEC+ alliance, which also includes Russia.