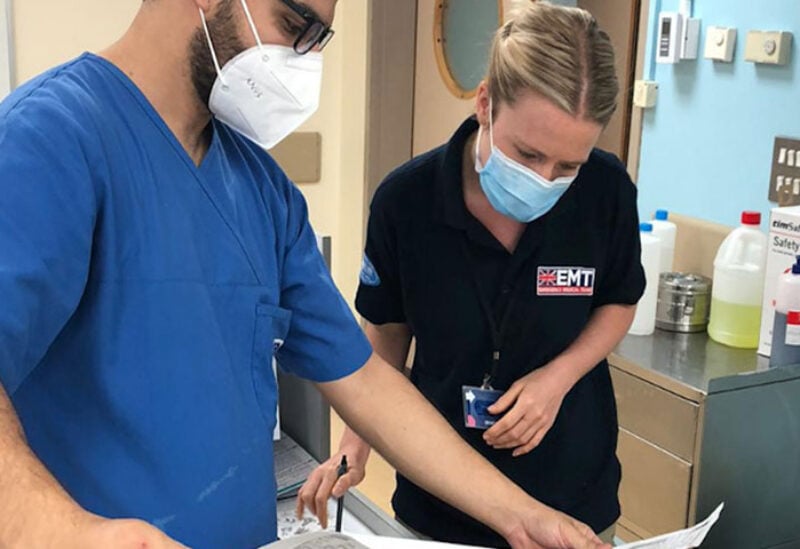 Health workers in England have criticized a proposed pay rise of 1 percent as for staff who had given a lot during the pandemic.

Ministers defended the proposal as “the most we can afford” because public finances were under pressure.

The pay rise was recommended by the Department of Health to take effect next year in a submission to an independent panel that advises on National Health Service salaries.

It is the only increase available for any government worker due to a pay freeze across the public sector.

But unions said the 1 percent increase was an insult for doctors and nurses who had worked tirelessly throughout the coronavirus crisis.

“This is pitiful and bitterly disappointing. The government is dangerously out of touch with nursing staff, NHS workers and the public,” she said.

“Nobody would think that is fair in the middle of a pandemic and it will do nothing to prevent the exodus from nursing.”

British Medical Association council chairman Dr Chaand Nagpaul said it came as a “kick in the teeth” after a decade in which doctors had experienced real-terms pay cuts of up to 30 percent.

“This is a total dereliction of the government’s moral duty and obligation to a workforce that is keeping the NHS on its feet and patients alive,” he said.

Unison, which represents staff in the public sector, said the public would be “horrified” by the small pay rise.

“A 1 per cent pay rise is the worst kind of insult the government could give health workers who’ve given their absolute everything over the past year,” said Sara Gorton, the union’s head of health.

Health Minister Nadine Dorries, a former nurse, said the government recognized the “sacrifice and commitment” of health workers but she highlighted the country’s current debt levels.

“The 1 per cent pay rise is the most we can afford,” she told Sky News.