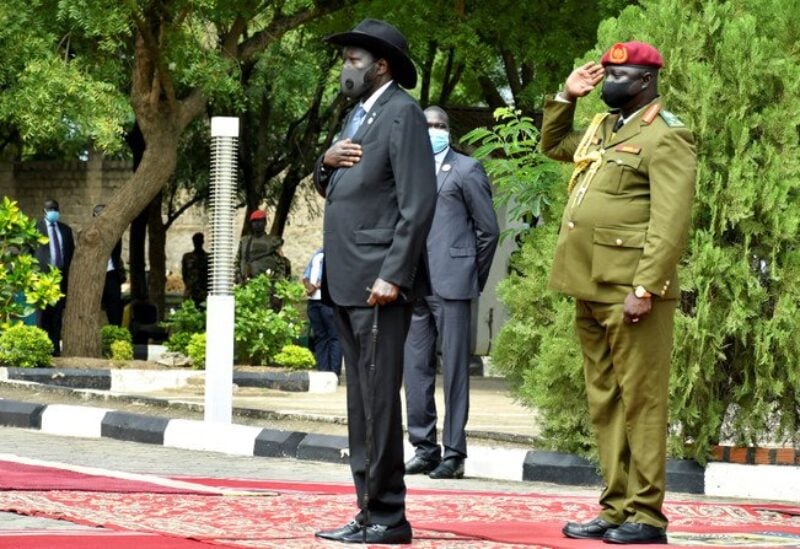 President Salva Kiir promised not to return South Sudan to war on Friday, as the country honored ten years of tumultuous independence with nothing to celebrate.

At 12 a.m. on July 9, 2011, the world’s newest nation was born, and the people of South Sudan rejoiced at the end of a decades-long struggle for independence from Sudan.
The party, however, was short-lived.

South Sudan was at war with itself just two years later, the process of nation-building ignored as the country’s liberators tore it apart, crushing hopes for a bright future. Before a ceasefire was declared in 2018, about 400,000 people would have died. However, the country is now more vulnerable than ever, with approaching starvation, political unrest, economic devastation, and natural disasters.

“I assure you that I will not return you back to war again. Let us work altogether to recover the lost decade and put our country back to the path of development in this new decade,” Kiir said in an televised address marking the milestone. He hailed a “new spirit of dialogue” among political rivals and said the Transitional Government of National Unity would focus on economic reforms and improving security.

But on Friday, there was none of the jubilation that greeted statehood, with people told to stay at home because of the coronavirus pandemic.

Kiir made his speech in front of one of the presidential offices in the capital Juba.
Kiir had warned this week that the cash-strapped state was in no position to celebrate, blaming international sanctions for keeping prosperity out of reach.

The international community has used the anniversary to urge South Sudan’s leaders to do more to improve the lot of its 12 million population.

“The journey from war to peace has been a long and difficult one and there is still much to be done so that people can exercise the democratic right they earned a decade ago,” Nicholas Haysom, the head of the UN mission in South Sudan (UNMISS), said in a statement.

“We… urge the country’s political leaders to seize this opportunity to make the hopes and dreams of a decade ago a reality by securing the sustainable peace needed to enable full recovery and development.”

South Sudan still faces many obstacles to achieving that goal.

They include the lack of a unified security force, pervasive insecurity linked to intercommunal conflict and crime driven by poverty.

South Sudan enjoyed immense international goodwill and billions of dollars in support when its people voted overwhelmingly in a 2011 referendum to secede from the north.

But its leaders failed to stem corruption and the new South Sudan was looted rather than rebuilt, as huge sums from its vast oil fields were siphoned off and squandered.

South Sudan’s political elites, who led the country to independence — and then back to war — are still in power today, ruling in a shaky coalition created under a peace agreement.

Since the cease-fire in 2018, the power-sharing agreement between Kiir, a former military commander from the Dinka ethnic group, and his deputy, Riek Machar, a Nuer rebel leader, has kept combat between their forces at bay.

However, earlier truces have been broken, and progress on the most recent agreement has slowed, inflaming hostility between the two and heightening fears of a return to bloodshed.

The “unity” government they belatedly formed in February 2020 under great international pressure is weak, and safeguards to prevent another war have not been put in place.

Though the peace accords paused the worst of the bloodshed between conventional armies, armed conflict between rival ethnic groups has surged in ungoverned areas, exacting a civilian death toll not seen since the war.

The political inertia and broken promises also come as South Sudan reels from economic chaos, with soaring inflation and a currency crisis, and faces its worst hunger crisis since independence.

Harvests have been devastated by conflict, drought, floods, and a record locust infestation, leaving 60 percent of the population experiencing acute food shortages.

According to the World Food Programme (WFP), 108,000 people are on the verge of famine.

“Despite some missed opportunities, it is never too late to re-energize the peace process so that humanitarian relief is more effective and circumstances are created for development efforts to have a larger and stronger impact,” said Matthew Hollingworth, WFP’s South Sudan director.