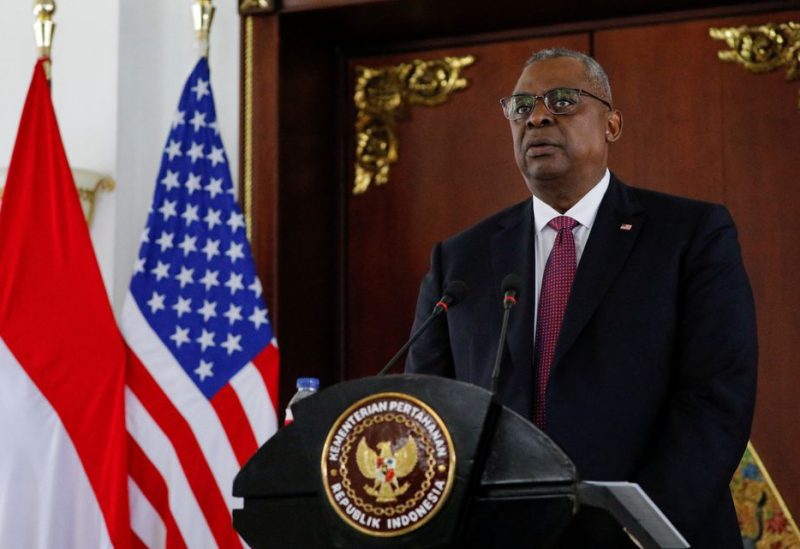 US Defense Secretary Lloyd Austin emphasized the importance of improving crisis communications while also expressing concern about “increasingly dangerous” behavior by Chinese military aircraft, during a meeting with his Chinese counterpart on Tuesday.

A U.S. official described the 90-minute meeting in Cambodia as “productive and professional.” It was the pair’s first meeting since U.S. House Speaker Nancy Pelosi’s visit to Taiwan in August enraged China, which considers the island to be its territory.

“He (Austin) raised concerns about the increasingly dangerous behavior demonstrated by PLA (China’s People’s Liberation Army) aircraft in the Indo-Pacific region that increases the risk of an accident,” Ryder said.

Australia has said that the Chinese jet flew very close in front of the RAAF aircraft and released a “bundle of chaff” containing small pieces of aluminium that were ingested into the Australian aircraft’s engine.

Tuesday’s meeting of the defence ministers took place on the sidelines of an ASEAN gathering in Siem Reap, Cambodia.

After Pelosi’s visit, China announced it was halting dialogue with the United States in a number of areas, including between theater-level military commanders.

A senior U.S. defence official, speaking on condition of anonymity, said Austin and Wei had a “lengthy” discussion about Taiwan and also talked about restarting in the coming months some of the mechanisms that had been cancelled after Pelosi’s visit.

“There’s an expectation that there will be some restart of some of the mechanisms that have been frozen for the last six months,” the official said.

Tuesday’s talks come after a three-hour meeting between U.S. President Joe Biden and Chinese President Xi Jinping last week on the sidelines of the G20 summit in Indonesia, aimed at preventing strained ties from spilling into a new Cold War.

Despite tensions between the United States and China, U.S. military officials have long sought to maintain open lines of communication with their Chinese counterparts to mitigate the risk of potential flare-ups or deal with any accidents.

After Austin and Wei’s first meeting this year in Singapore in June, the Pentagon chief said his talks with his Chinese counterpart were an important step in efforts to develop those means of communication.

Relations between China and the United States have been tense, with friction between the world’s two largest economies over everything from Taiwan and China’s human rights record to its military activity in the South China Sea.

Pelosi’s Taiwan trip infuriated China, which saw it as a U.S. attempt to interfere in its internal affairs. China subsequently launched military drills near the island.

The United States has no formal diplomatic relations with Taiwan but is bound by law to provide the island with the means to defend itself.