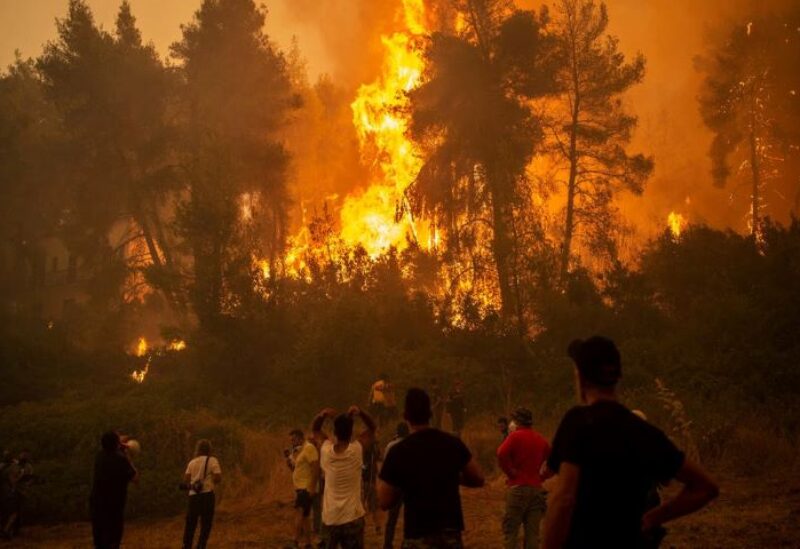 A wildfire erupted in the southern part of Greece’s Evia island on early Monday,  less than two weeks after an inferno decimated its northern part.

Scores of firefighters backed by water-dropping aircraft rallied to the area that was burning near the village of Fygia where two neighborhoods have been evacuated and was moving toward the coastal tourist village of Marmari.

Authorities were preparing boats to evacuate people if needed, according to Athens News Agency.

Authorities have boats on standby off Marmari. Evia is northeast of the capital Athens.

The civil protection authorities had announced on Sunday a “very high risk” of fire for many areas of Greece on Monday.

Wildfires since July have ravaged the islands of Evia and Rhodes as well as forests to the north and southeast of Athens, and parts of the Peloponnese peninsula. Three people have died as a result of the fires.

The government has blamed the disaster on the worst heatwave the country has seen in decades.

Climate scientists warn extreme weather and fierce fires will become increasingly common due to man-made global warming, heightening the need to invest in teams, equipment and policy to battle the flames.