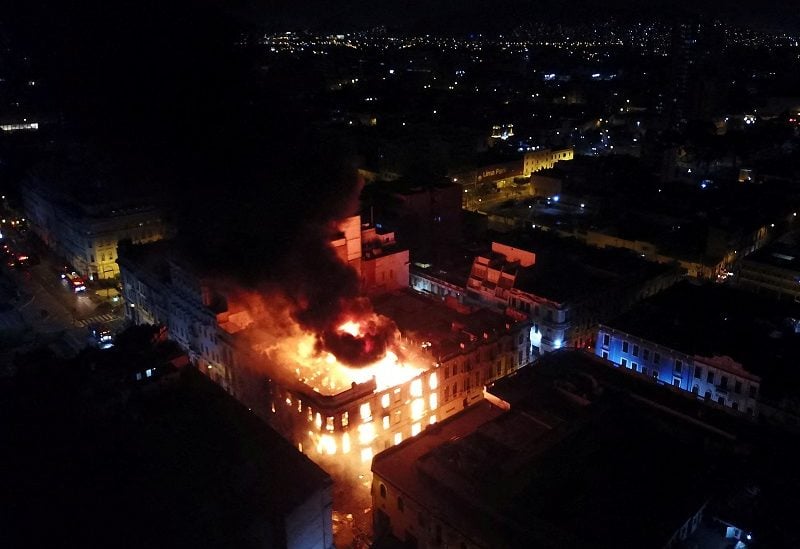 Smoke and flames rise from a building during the 'Take over Lima' march to demonstrate against Peru's President Dina Boluarte, following the ousting and arrest of former President Pedro Castillo, in Lima, Peru January 19, 2023. REUTERS/Pilar Olivares TPX IMAGES OF THE DAY

Protesting against his successor President Dina Boluarte, thousands of supporters of the ousted former Peruvian President Pedro Castillo took to the streets of the capital Lima.

The protests, which kicked off when Castillo was impeached after trying to dissolve Congress, had previously been largely confined to Peru’s Andean and Amazonian regions.

Boluarte is facing calls to resign and call fresh elections. Police deployed 11,800 officers ahead of the demonstration, saying they were on “maximum alert.”

Some 54 people have been killed in clashes with security forces, mostly in Peru’s southern Andean region. Castillo is also from a remote and rural part of the country.
Police employed tear gas in response to the throwing of stones by some protesters.

The same tactic was also used to repel protesters trying to storm the airport in Peru’s second city Arequipa.

The march in Lima began from different points in the city with the aim of congregating on the presidential palace.

“In Lima, the struggle has more weight. When they repress us in our regions, no one mentions it,” Abdon Felix Flores, a 30-year-old villager from Andahuaylas in the Cusco region, told the AFP news agency.
The General Confederation of Workers, one of Peru’s biggest unions, also called for a strike on Thursday, with general secretary Geronimo Lopez calling on Boluarte to “listen to the people.”

Castillo was removed from office on December 7, after he failed to dissolve Congress so that he could rule by decree. He is also facing several corruption investigations.

Boluarte, who was Castillo’s vice president and from the same left-wing party, has been rejected by Castilo’s supporters.

Six former Peruvian presidents from the past forty years have been imprisoned, indicted or investigated for crimes of corruption or money laundering. Castillo — whose rival in the 2021 presidential vote was also facing corruption investigations at the time — faced several impeachment attempts before his final ouster.