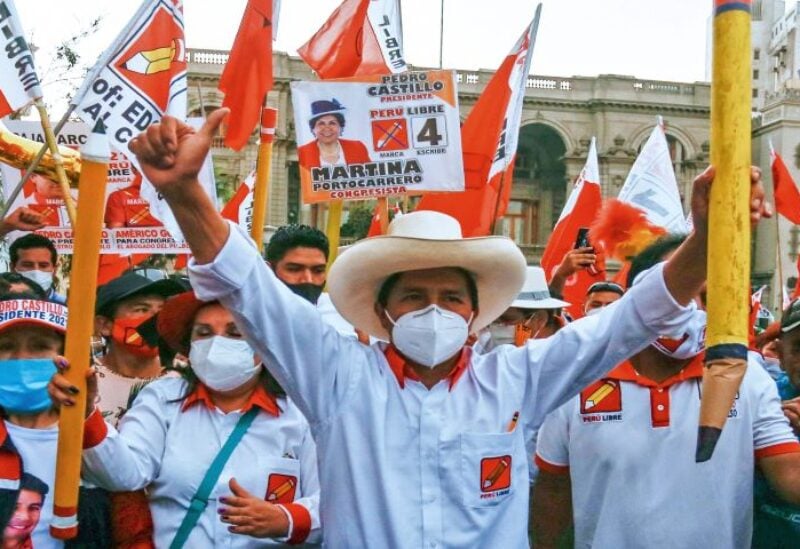 upporters of Presidential candidate Pedro Castillo protest against the uncertainty

Thousands of demonstrators in Peru took to the streets on Tuesday to protest uncertainty over the result of the presidential election a month ago, as the confirmation of leftist Pedro Castillo is held up by ballot challenges from his conservative rival.

Supporters of Castillo, carrying colorful Wiphala Andean flags and banners with pictures of the socialist former teacher, marched toward Congress demanding that his narrow lead of some 44,000 votes be upheld.

Across town, supporters of right-wing Keiko Fujimori rallied to back her claims of voter fraud and attempts to annul some ballots, a push her party has stuck with even though election observers say the vote was carried out cleanly.

“Peru wants a president and here we have professor Pedro Castillo elected,” said Santos Saavedra, the head of a rural defense group known as the Rondas Campesinas said during a march. “We are going to defend that popular will.”

Castillo, 51, the son of peasant farmers, came out ahead in the June 6 run-off vote, rattling Peru’s political and business establishment with pledges to shake up the copper-rich Andean country’s constitution and hike taxes on mining.

Electoral authorities are scrutinizing ballots after challenges by Fujimori, who has claimed fraud with little evidence. They must complete the process before confirming the result, with the new president set to take office on July 28.

“The match is not over and there is still no winner. We are waiting for that result,” Fujimori said in another part of Lima, the capital, surrounded by her followers.

Fujimori’s push to flip the result has, however, lost some momentum with allies appearing to pull support for the delay. The interim government has rejected her request for an international audit of the vote.