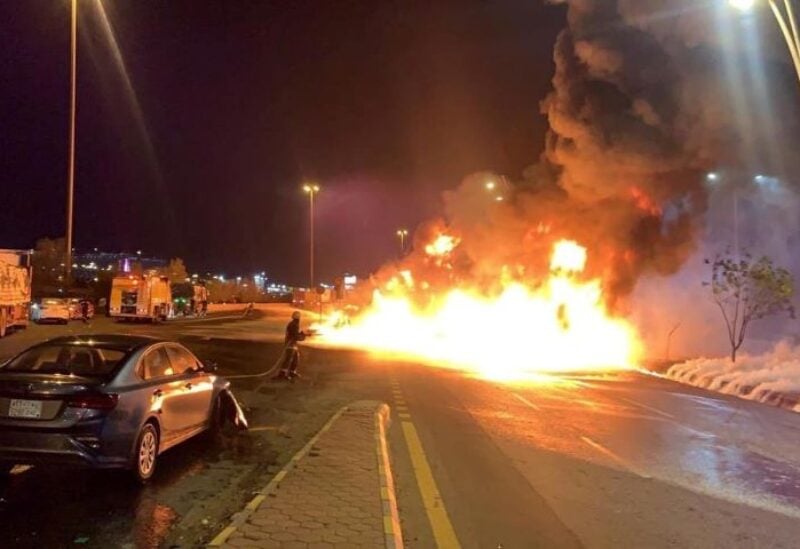 A large fire broke out on the Jeddah highway near Mecca in Saudi Arabia after a traffic accident involving a truck carrying petroleum, according to a tweet from the official Mecca government account published early Tuesday morning.

Video and photos published on Twitter just after midnight showed firefighters attempting to extinguish the blaze that had spread several hundred meters down the side of the road in the direction of the holy city of Mecca.

At least 11 vehicles were damaged by the fire, including the truck, but no one was injured.

Traffic was being diverted from the scene, according to the authorities.

The fire had been extinguished two hours later. Traffic had returned to normal by 7:42 a.m. local time, according to the Ministry of Interior.