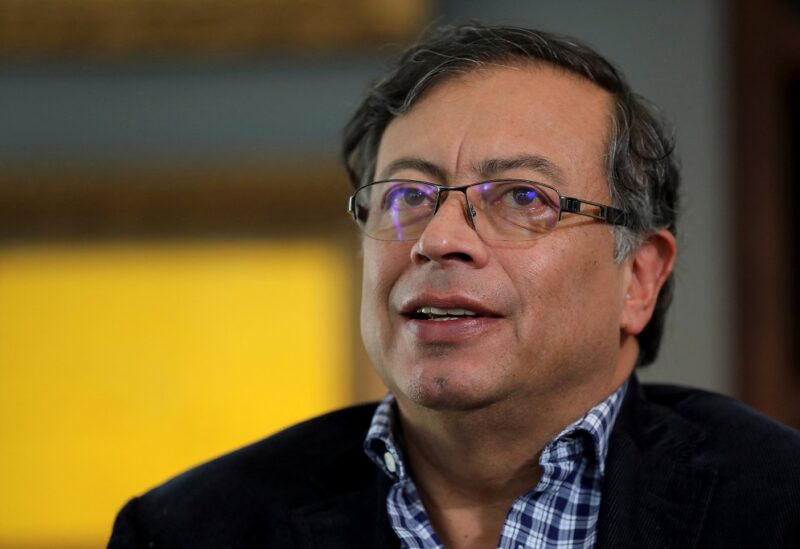 Members of Colombia’s military forces, particularly the police, are concerned that if leftist candidate Gustavo Petro wins the presidency this month, they would face big changes, according to a dozen active and retired officials.

Colombia’s military has always fought guerrilla movements and has a lengthy history of involvement in the US drug war. According to active military officers who declined to be identified because they were not permitted to comment on electoral matters, major changes could have an impact on international collaboration against cocaine production.

Colombia is set to spend 12% of its 2022 budget – equivalent to $11 billion – on defense, the second-highest in Latin America after much larger Brazil.

Petro, a critic of the military establishment and ex-member of the M-19 guerrillas, has pledged service members accused of human rights violations will stand trial in regular courts rather than the military ones that have traditionally doled out lighter sentences.

He also promises a total restructuring of the police, including dismantling its much-criticized riot squad.

“The function of the army is defense and the function of the police is to protect rights and liberties,” Petro told Reuters in an interview last week with Reuters, adding he plans to professionalize the armed forces by ending obligatory military service for men.

In recent years, Colombia’s military has faced a public reckoning over one of its most notorious human rights violations, the “false positive” scandal, in which soldiers murdered over 6,000 people and recorded them as guerrillas killed in combat in order to earn promotions.

Petro, who was jailed for 16 months in 1985 and alleges he was tortured by the military, said he will make a “radical change” to the system of promotions within the military to make it merit-based.

Petro’s plans are in sharp contrast to those of his rival – businessman Rodolfo Hernandez – who says he will modernize military equipment, back joint operations, raise salaries and expand human rights training.

Some politicians and business people fear Petro’s potential triumph could spark mutiny among the military, but eleven active officials from the army, air force, navy and police Reuters spoke to all ruled out that possibility.

“Whoever is elected president, all the troops, from the most humble soldier to the highest-ranking general will recognize him,” an army general with 35 years of military experience said. “Those who aren’t in agreement or feel uncomfortable, their only option is retirement.”

“There’s not much the armed forces can do but comply with (the winner’s) orders,” said John Marulanda, a former army colonel who is president of the association of retired military officials.

One police source and an army official both told Reuters that when Petro was mayor of Bogota he was very respectful in his interaction with them.

Petro has an tall agenda: He pledges to seek peace with rebels from the National Liberation Army (ELN), fully implement a 2016 peace deal with former FARC guerrillas and push crime gangs like the Clan del Golfo to surrender their arms.

Those moves could lead to a suspension of some military operations, spur budget and staffing cuts and potentially allow the expansion of illegal crops, the active officials said.

With around 40 percent of Colombians living in poverty in 2021, Petro has pledged to tackle deep inequality and has said he would not waste resources on guns or bombs.

“We confront the risk of losing territory in the fight against drug trafficking, organized crime and illegal armed groups,” said a Navy admiral tasked with fighting cocaine production.

Any increase in cultivation of coca, the base ingredient in cocaine, could complicate relations with the United States, Marulanda said.

U.S. regional drug enforcement efforts are already facing pushback from Mexican leftist President Andres Lopez Obrador, who shuttered an elite unit that had worked for decades with the U.S Drug Enforcement Agency, alleging it was infiltrated by criminals.

Petro has called the drug war a “complete failure,” saying drug trafficking is the result of limited socioeconomic opportunities and that the government should instead support small farmers with substitute crops and increase their incomes.

But Colombia’s police force, which has come under international criticism for its handling of recent anti-government demonstrations where dozens died, is likely to face the most change.

Petro has promised to remove it from the Defense Ministry to give it a more civilian character.

He would also bar police from participating in assault operations against armed groups and dismantle the ESMAD riot unit, blamed for multiple protester deaths.

Though Hernandez has promised to remove officers involved in rights violations and not to use the ESMAD against protesters, he has not said he will shutter the unit.

“We are worried by the possible reduction in operations and an increase in crime while they redefine roles,” a police general experienced in fighting drug trafficking and armed groups said.

One active official and Marulanda both said they were concerned Petro would try to extend his term in office by promoting loyalists within the armed forces, drawing a comparison to late Venezuelan President Hugo Chavez.

Petro has repeatedly scoffed at opponents’ efforts to compare him to Chavez and said he would serve only his single allowed four-year term.