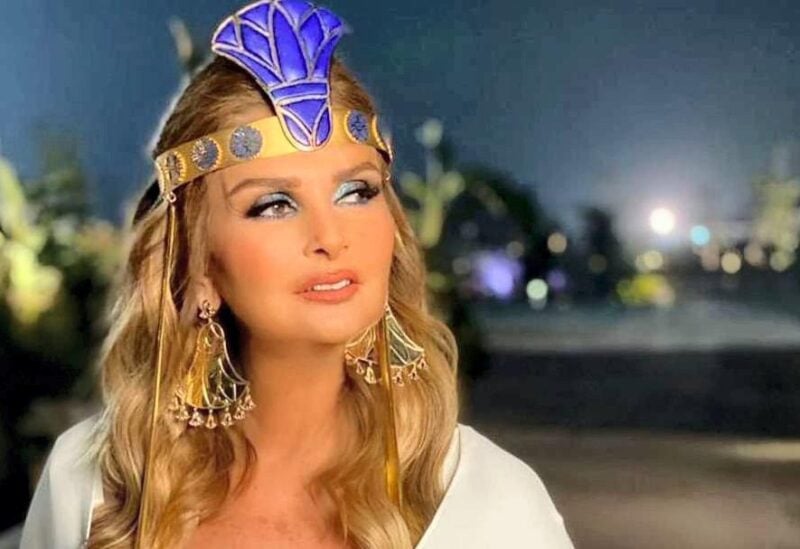 A procession of 22 mummies made its way through the streets of Cairo on Saturday, in a multimillion dollar event that was broadcast to 60 countries.

The Pharaohs’ Golden Parade included the preserved remains of 18 kings and four queens, which were transported on climate-controlled floats from the Egyptian Museum in Tahrir Square to their final destination in the National Museum of Egyptian Civilisation. “This parade is a unique global event that will not be repeated,” said Tourism and Antiquities Minister Khaled El Anany.

And while it was the ancient rulers such as Ramses II and III, Queen Hatshepsut, King Seti I and kings Thutmose III and IV who were the stars of the show, the fashion worn by the event’s presenters also received its fair share of attention. 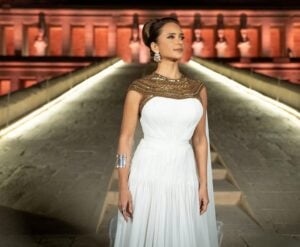 As is often the case, beloved Egyptian singer and actress Youssra shone in a flowing white gown fringed with a border of blue, created by Lebanon’s Tony Ward Couture. This was paired with a dramatic gold and blue pharaonic tiara and cuffs by Egyptian brand Nakhla Jewellery and custom-made earrings by Cairo’s Dima Jewellery.

TV personality Nardine Farag also looked to nearby Lebanon for her striking look, which consisted of a blood-red jumpsuit by Zuhair Murad, with an embellished top and sleeves, statement belt and wide-legged trousers.

Hend Sabri, meanwhile, wore a sophisticated high-collared wrap dress in shimmering green by Egypt’s Marmar Halim, with a flash of gold along the cuffs and slit.

Her regal-looking collar necklace was provided by Dima Jewellery. 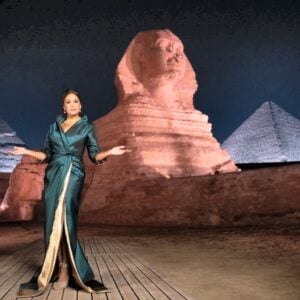