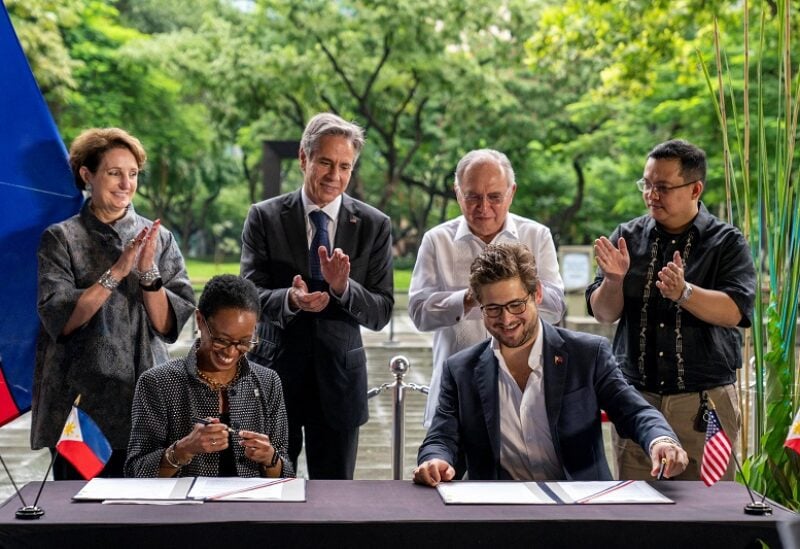 A Philippino official confirmed Wednesday, that his country scrapped an order for 16 Russian military helicopters, due to US sanctions on Moscow.
Manila — a longtime Washington ally — agreed in November to pay $228 million (12.7 billion pesos) for the Mi-17 helicopters, as it seeks to modernize its military hardware.
The United States and its allies imposed wide-ranging sanctions on Moscow in the wake of its assault on Ukraine in February.
They are aimed at cutting off Russia from the global financial system and choking off funds available to Moscow to finance the war.
The Philippine defense department was “formalizing the termination” of the contract, spokesman Arsenio Andolong said Wednesday.
Without mentioning US sanctions on Moscow, Andolong said “changes in priorities necessitated by global political developments resulted in the cancelation of the project by the previous administration.”
Delfin Lorenzana, who served as defense secretary under Duterte, said in March that the Philippines had paid a deposit for the transport helicopters before war erupted in Ukraine and the deal was “on track.”
But last week Lorenzana, who now heads a different government agency, told local media that Duterte himself decided to cancel the deal in the waning days of his administration over the sanctions threat.
“I don’t know if we can still get back the money since we were the ones who terminated the contract,” Lorenzana told reporters.
Russian embassy officials in Manila could not be reached for comment Wednesday.
Philippine ambassador to Washington Jose Romualdez recently told AFP the decision to cancel was triggered by “the Ukrainian war.”
Romualdez said Manila was also wary of falling foul of a US law passed in 2017 that sanctions anyone doing business with Russia’s intelligence or defense sectors.
The United States was offering “alternative helicopters to meet our needs,” he added.
Manila began a modest military modernization program in 2012. Until recently, its equipment featured Vietnam War-era helicopters and World War II naval vessels used by the United States.
After President Ferdinand Marcos Jr. took power on June 30, the new government reviewed the Russian deal, arriving at the same decision as Duterte.