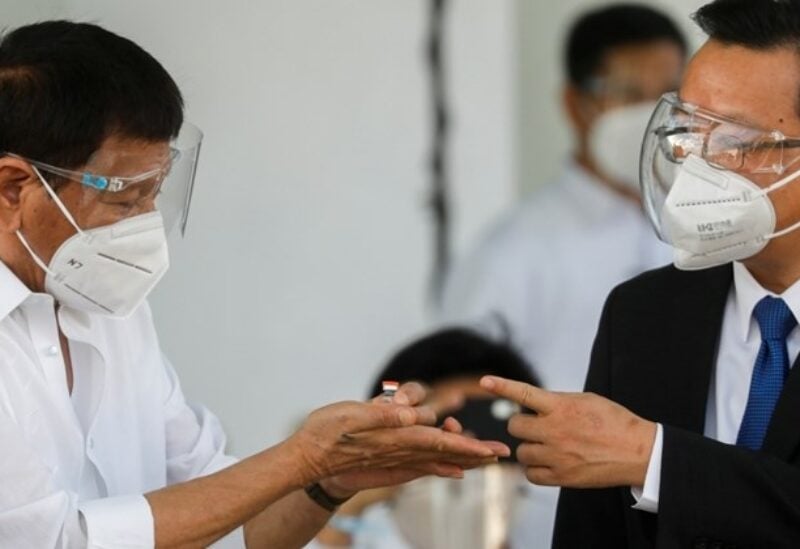 MANILA: The Philippines received its initial batch of COVID-19 vaccine doses on Sunday in a shipment donated by China, a day before its inoculation drive is due to begin, but President Rodrigo Duterte will not be among the first to be vaccinated.

Duterte attended a ceremony to mark the arrival of the initial 600,000 doses of Sinovac Biotech’s CoronaVac, which were delivered by a Chinese military aircraft ahead of a further 25 million CoronaVac doses due to be delivered in batches this year.

But Duterte, who turns 77 next month, told a news briefing that, though he wants to be vaccinated, his doctor wants a different Chinese brand of vaccine for him.

His comment emphasises the lack of support the Phillipines’ faces as it launches its inoculation drive. One opinion poll showed that less than a third of Filipinos are willing to be vaccinated because of perceptions over potential side-effects.

The country’s vaccination campaign is targeting healthcare workers, police and military personnel initially. It has also negotiated supply deals with other manufacturers, aiming to inoculate 70 million people, or two thirds of the population.

The Philippines is the last Southeast Asian country to receive initial vaccine supplies, fuelling concerns over recovery prospects for a consumption-driven economy that suffered its worst slump on record last year, hit by lengthy coronavirus lockdowns.

“What you see now are donated vaccines. The problem is everyone is rushing to secure supplies,” Duterte said at the media briefing.

“Until there is residual supply, we’ll just have to wait.”