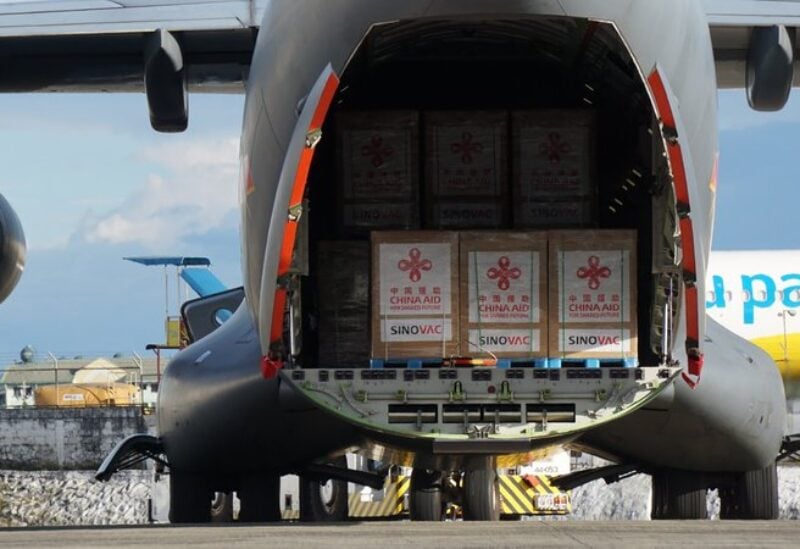 The Philippines received on Sunday its first batch of COVID-19 vaccine shots  in a shipment donated by China, a day before it was set to roll out a national vaccination drive.

President Rodrigo Duterte attended a ceremony to mark the arrival of the initial 600,000 shots of Sinovac Biotech’s CoronaVac, which were carried by a Chinese military aircraft. The country is due to receive another 25 million doses of the same vaccine in batches this year.

The Philippines’ inoculation campaign will kick off by targeting health care workers and police and military personnel.

“With this very important shipment, I am confident that more batches of vaccines will be available with great dispatch until every Filipino will be given the chance to be vaccinated at the earliest possible opportunity,” the president said in a speech at the Villamor Air Base.

Duterte thanked China for the “gesture of friendship and solidarity – the hallmark of Philippines-China partnership.”

The Philippines has also negotiated vaccine supply deals with other manufacturers in a bid to secure 148 million shots so it can vaccinate 70 million people, or two thirds of its population.

An initial shipment of 525,600 doses of the vaccine developed by Britain’s AstraZeneca was expected to arrive on Monday.

The Philippines is the last Southeast Asian country to receive initial vaccine supplies, sparking concerns over recovery prospects for the domestic economy that suffered its worst slump on record last year.

The archipelago, which has the second-highest tally of infections and deaths in the region, has suffered lengthy lockdowns, which has dealt a great blow to a consumption-driven economy.

Although the vaccine has arrived, there is little public support for the vaccination drive. One opinion poll revealed that less than a third of Filipinos are willing to get inoculated as they worry about potential side effects.