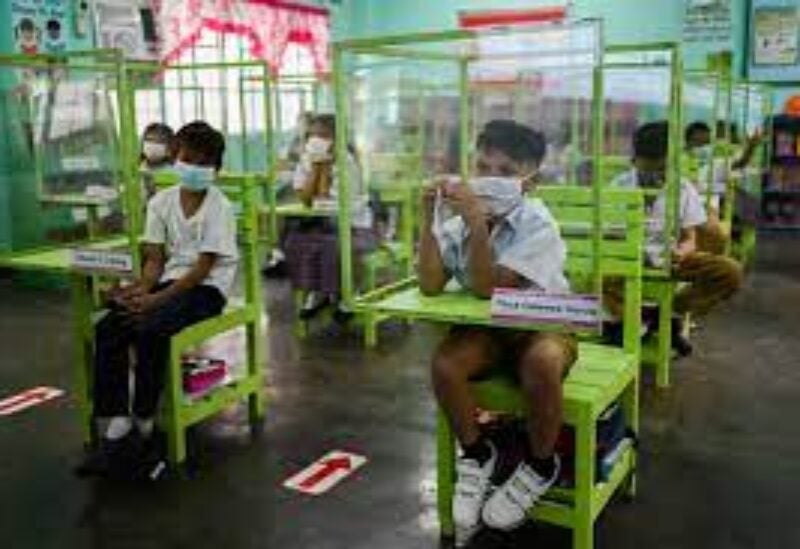 Some children in Manila, the Philippines’ capital, returned to school on Monday after a nearly two-year hiatus as the government, which has enforced some of the world’s tightest coronavirus prohibitions, attempts to restore normalcy.

The students, who are wearing face masks and seated at workstations with plastic screens, are taking part in an experiment at 28 schools in the capital area. The administration expects all schools to reopen in January.

Parents greeted the initiative with caution, given the backdrop of major vaccination programs and declining virus incidence.

“I’m worried, too, since there’s still COVID, but we have to face it so my child can study,” Lara Vedasto said as she waited for her daughter outside the school. “I can’t assist her with her studies and modules since I also have a job.”

The reopening of the schools in the capital region is an expansion of a trial of 100 schools in lower-risk areas which started last month. Precautions remain for pupils, however, such as class sizes capped at 15 to avoid overcrowding.

The Philippines, which has has recorded 2.84 million COVID-19 cases and 49,499 deaths in total, is among the last countries globally to reopen schools.

Daily infections have fallen sharply to below 1,000 since Nov. 24, from a peak of over 20,000 in September, paving the way for a wider economic reopening.

The Philippines last week held a three-day mass vaccination drive to boost its vaccine roll out, which has been slower than many neighbors. As of Dec. 2, around 34% of its 110 million people had been fully immunized.