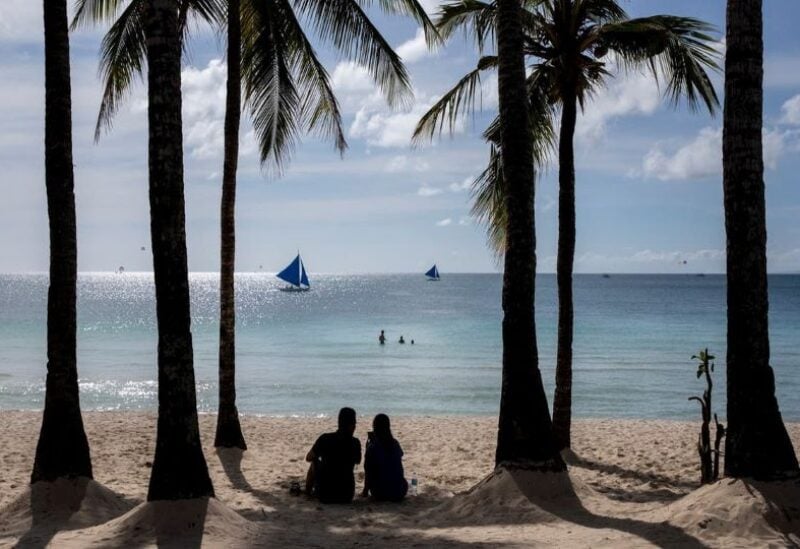 Officials announced Friday that the Philippines would reopen its borders to fully vaccinated travelers from most countries on February 10 and ease quarantine rules, nearly two years after closing its borders to control the coronavirus.

Tourism companies around the archipelago nation known for its beaches and diving locations have been crushed by a drop in international tourists and internal travel restrictions.

Their plight was exacerbated by a major storm that hit the country in December, destroying resorts, restaurants, and pubs in important tourist areas.

“The tourist industry can now revive and contribute significantly to employment, livelihoods, and the country’s economic progress,” presidential spokesperson Karlo Nograles said during a press conference.

A earlier plan to reintroduce visitors on December 1 was halted due to the appearance of the hyper-contagious omicron form that has now ravaged the Philippines.

The statement on Friday allowed for the restoration of visa-free travel for short trips by people of the 157 nations that had previously enjoyed permit-free entrance to the Philippines prior to the epidemic.

Tourists from the countries on the list who are fully vaccinated must test negative for COVID-19 before travelling to the Philippines and will not be quarantined upon arrival.

China, the Philippines’ fastest-growing tourism market, as well as Taiwan and Hong Kong, are not included on the list.

However, it covers the remaining top ten tourist destinations in Manila, including the United States, South Korea, Japan, Australia, Canada, and the United Kingdom.

Health Undersecretary Rosario Vergeire stated that restricting overseas tourists made little sense because COVID-19 transmission rates in the Philippines were so high, “maybe even higher” than in certain nations.

“We proposed relaxing limits based on those premises,” she explained.

Unvaccinated foreigners will be denied admission beginning February 16, according to Nograles.

Tourism is a significant economic engine in the Southeast Asian country, accounting for roughly 13 percent of gross domestic product in 2019, when over eight million tourists came, according to official figures.

As omicron caused a record increase in illnesses, the authorities imposed restrictions across the national capital area and other provinces in recent weeks.

Approximately half of the country’s 110 million inhabitants are completely immunized.

Since the commencement of the epidemic, the Philippines has documented over 3.4 million illnesses, with over 53,000 fatalities.