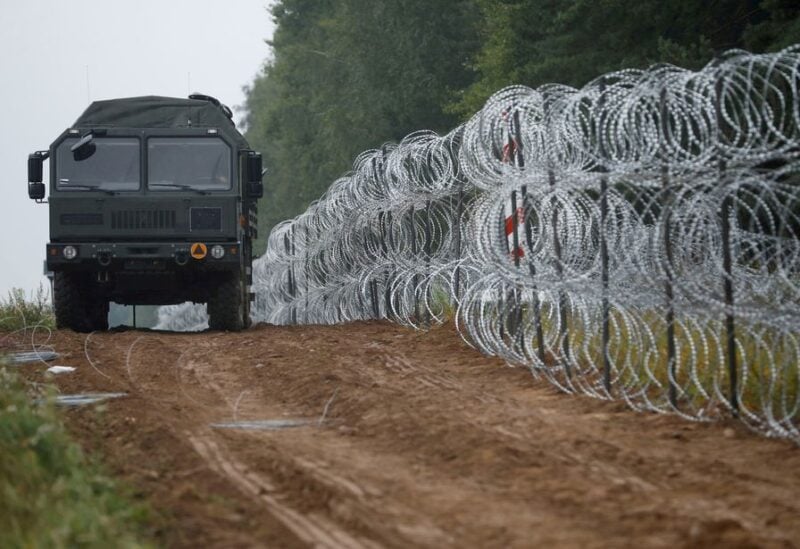 Poland plans to spend over 1.6 billion zlotys ($404 million) on building a wall on its border with Belarus, according to a draft bill lawmakers are due to discuss on Wednesday, in a bid to stem the flow of migrants trying to cross.

The announcement came as German police reported an upsurge in the number of migrants illegally entering Germany – the most popular final destination among asylum seekers – after first crossing the Belarus-Polish border and making their way westwards across Poland.

Poland began building a barbed wire fence along its border with Belarus in August to curb the illegal border crossings despite criticism that some migrants were being treated inhumanely. The new wall, which would include a system of motion sensors and cameras, would further bolster border security.

Poland and fellow EU countries Lithuania and Latvia have reported sharp increases in migrants from countries such as Afghanistan, Iran and Iraq crossing their borders from Belarus, in what Warsaw and Brussels say is a form of hybrid warfare designed to put pressure on the EU over sanctions against Minsk.

“Despite the fact that the Polish-Belarusian section of the state border has been set up with barbed wire and a concertina-type wire fence, the number of attempts to cross the border is not decreasing, but is growing,” said the justification of the bill posted on the parliament’s website.

From the start of January till the end of September, it said, the Border Guard prevented 9,287 attempts to cross the frontier from Belarus into Poland, and of those around 8,000 took place in the last two months alone.

In Germany, the federal police said on Wednesday that the number of people entering the country after following the Belarus-Poland route had risen above 4,300 since August, against just 26 registered in the period from January to July.

“There are currently no signs of an easing of the situation on the German-Polish border,” the police said, adding that they had stepped up internal border searches and reintroduced temporary frontier controls.

A spokesperson for Germany’s interior ministry said further measures to halt illegal migration were under consideration.

The new influx is prompting comparisons to the 2015 migrant crisis, when more than one million people reached Europe via Greece and the Balkan route, fleeing wars, persecution and poverty in the Middle East and beyond. The majority applied for asylum and settled in Germany.