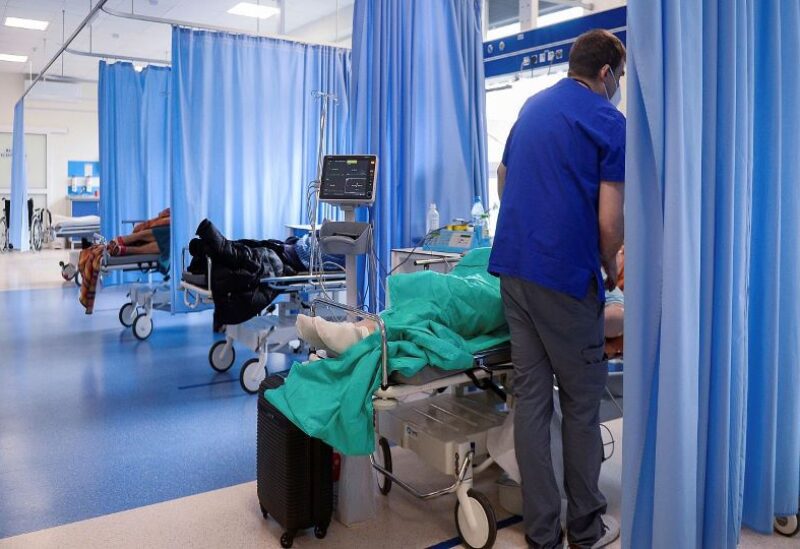 According to Poland’s health ministry, a medical train is being prepared to transfer Ukrainians injured in Russia’s attack on its neighbor, and Polish hospitals are prepared to accommodate thousands of patients.

On Thursday, Russian armies invaded Ukraine, attacking it by land, sea, and air in the worst offensive by one country against another in Europe since World War II, forcing Ukrainians to abandon their homes.

In an email to Reuters, the Polish health ministry stated, “Poland is ready to admit migrants from Ukraine, including Ukrainian people afflicted by the armed conflict.”

Explosions were heard in Ukraine’s capital, Kyiv, a population of 3 million people, before daybreak and throughout the morning. Residents fled as gunshots rang out, sirens blared, and vehicles jammed the route out of town.

“We will do all possible to ensure that everybody entering Poland’s territory has access to healthcare, including hospitalization.” Hospital beds are being readied for the entry of the wounded, according to the Polish government.

Poland’s Health Minister, Adam Niedzielski, announced that the country has compiled a list of 120 facilities where persons impacted by the Ukraine crisis might be treated.

In an interview with the website wp.pl, Niedzielski said, “In all, we believe at the moment that it would be able to accept several thousand patients injured as a result of conflicts, including those who are badly injured.”

He also stated that Poland was planning a special train to transfer the injured, which would be equipped with medical equipment and people, and would be a first for Poland.

“In the next days, there will be exercises on how to use it.” It will transport the injured from the Ukrainian border.”

Poland is also exploring employing temporary COVID-19 hospitals put up at fairs and stadiums, according to Niedzielski.

“Temporary hospitals are increasingly being examined for their future purpose. COVID-19 patients are becoming increasingly few, therefore they may go extinct.

COVID-19 patients are becoming increasingly scarce, therefore they might be employed if the worst-case scenarios come true.”