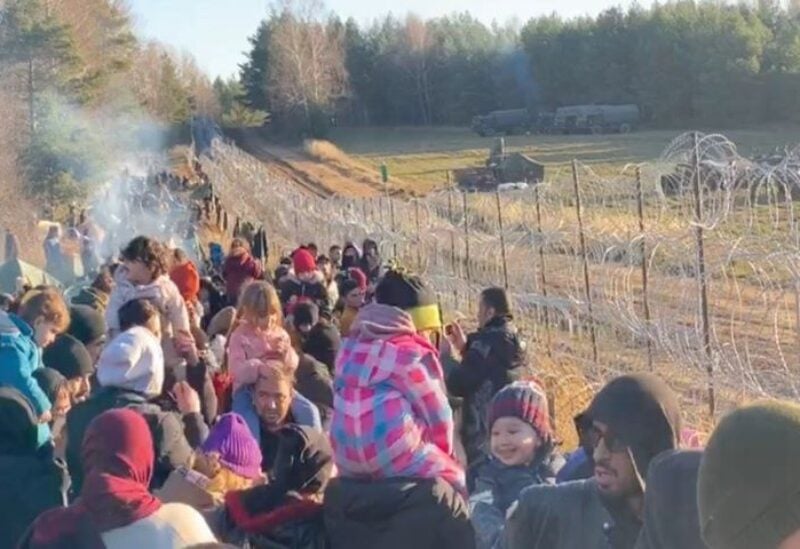 It didn’t feel right to Beata Zalewska-Stefaniak to be sitting comfortably at home in Warsaw while migrants were going hungry in freezing forests 200 kilometers (140 miles) to the east on Poland’s border with Belarus.

So she decided to launch “Soups for the Border,” a campaign to prepare thousands of jars of homemade soup for migrants in what she jokingly refers to as “forest catering.”

“It’s a grassroots initiative of people like me who were aware of sitting in their warm homes and being powerless to help,” Zalewska-Stefaniak, 57, told Reuters.

For weeks, thousands of migrants, mostly Iraqis, have attempted to cross the border into the European Union but have been turned back by Polish security forces. It is estimated that ten migrants died.

Poland and the EU accuse Belarus of inciting migrants to cross in retaliation for EU sanctions imposed on Minsk for human rights violations. The charge is denied by Minsk. more info

In late October, the first 600 jars of soup were prepared and shipped from Warsaw to the Podlaskie region near the border.

Volunteers have now distributed approximately 4,000 litres of soup to migrants and non-governmental organizations (NGOs) attempting to assist them.

Families, scouts, and others prepare the soups, which are made with beetroot, lentils, zucchini, and other ingredients.

The Facebook group that helps organize the initiative has grown to over 1,800 members, increasing the variety of food available.

Initially, all of the soups were vegetarian, with the goal of making them easy to digest while remaining filling. Volunteers now make freshly baked bread, meat dishes, and special lunches for young children.

They try to accommodate the dietary needs of the mostly Muslim migrants, such as leaving pork off the menu, according to Zalewska-Stefaniak, who works as an English translator and mindfulness coach.

She stated that she wanted to demonstrate that ordinary Poles are eager to assist despite significant cultural differences with the migrants.

“This transcends politics and all divisions. The hungry should be fed; this is a fundamental message not only of Christianity, but of humanity as a whole “According to Zalewska-Stefaniak.