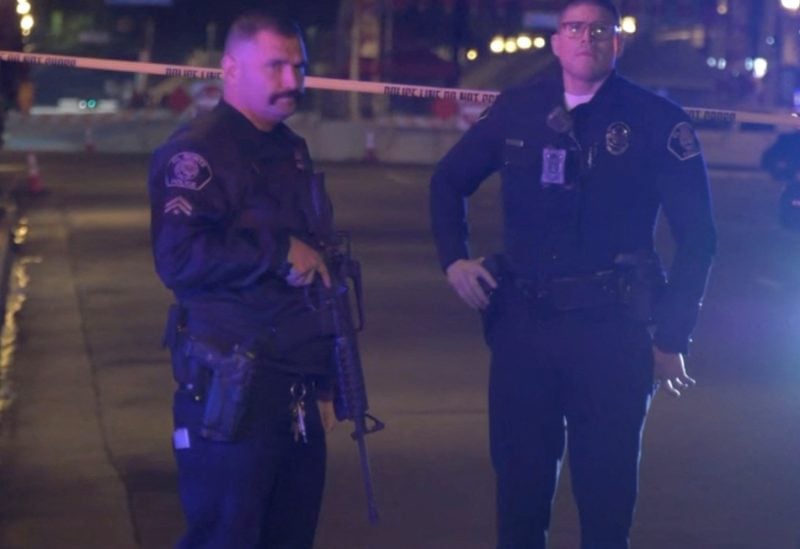 Screenshot from a viodeo shows police officers standing guard at the scene of a shooting at Monterey Park, California, U.S. January 22, 2023. TNLA/Handout via REUTERS

Police were responding to a shooting involving many casualties on Saturday night in Monterey Park, California, according to a law enforcement source quoted in the Los Angeles Times.

The incident happened close to where a Chinese New Year event was taking place in Monterey Park at 10 p.m. (0600 GMT), according to the newspaper.

Tens of thousands of people had attended the festival earlier in the day.

Monterey Park is a city in Los Angeles county, around 7 miles (11 km) from downtown Los Angeles.