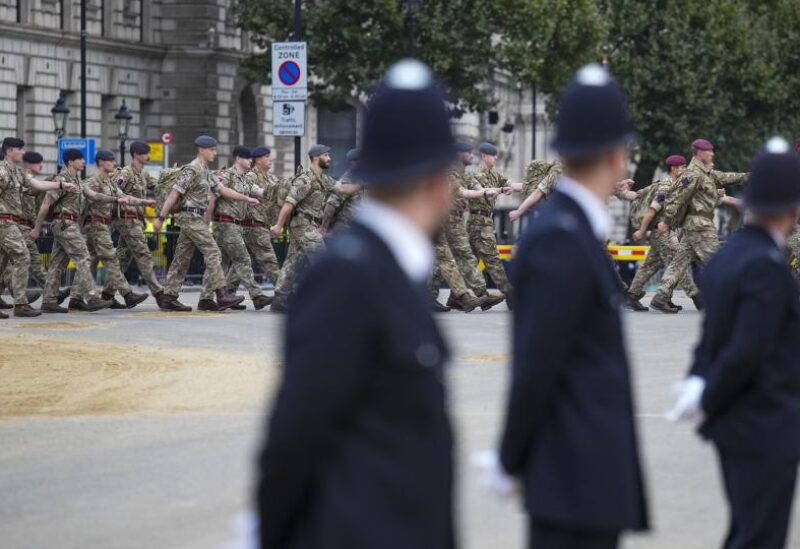 The policing plan, the biggest the UK has seen, saw 10,000 officers and staff on duty on the day of the Queen’s funeral alone, with 3,000 officers drafted in to help from outside forces.

Sir Mark Rowley gave the figure during his first evidence session as Commissioner with the London Assembly Police and Crime Committee on Wednesday.

He said: “I think we booked about 45,000 hotel room nights in over 10 days. Just because you’ve got so many people moving around the country on mutual aid.”

During a UK visit by then US president Donald Trump in 2018, there were complaints as officers brought in to help in the capital were left to sleep on camp beds crammed into sports halls.

A visit by the US president the following year saw officers given a £50 allowance and hotel accommodation, after the Police Federation described the conditions the previous year as “unacceptable”.

Members of the public saw hotel room prices surge amid massive demand for accommodation in London at the time of the Queen’s funeral.

Mourners booking a room in the centre of London for the night before the service were charged hundreds of pounds more than people staying a week later, analysis by the PA news agency found.