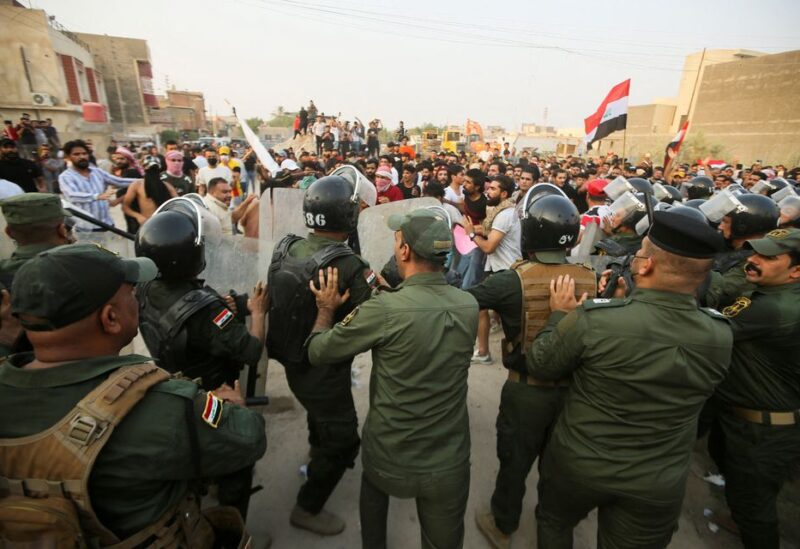 Police clash with demonstrators gathered in front of the Turkish consulate as they protest against a Turkish attack on a mountain resort in Iraq's northern province of Dohuk, in Basra , Iraq July 21, 2022. REUTERS/Essam Al- sudani

Protests have been held on a weekly basis since an Oct. 25 military coup, which stopped a democratic transition and threw the nation into chaos.

According to Reuters journalists, police barred protestors from accessing the kilometer-long avenue leading to the presidential palace on Sunday and chased them into adjoining side streets.

Military authorities have stated that they are willing to stand down if civilian organizations can reach an agreement on a new administration, but political parties remain skeptical.

Former Sovereign Council member Mohamed al-Faki Suleiman, however, stated on Saturday in an interview with Sudan Tribune that new constitutional arrangements were being negotiated between the former ruling Forces of Freedom and Change (FFC) coalition and other “revolutionary forces.”