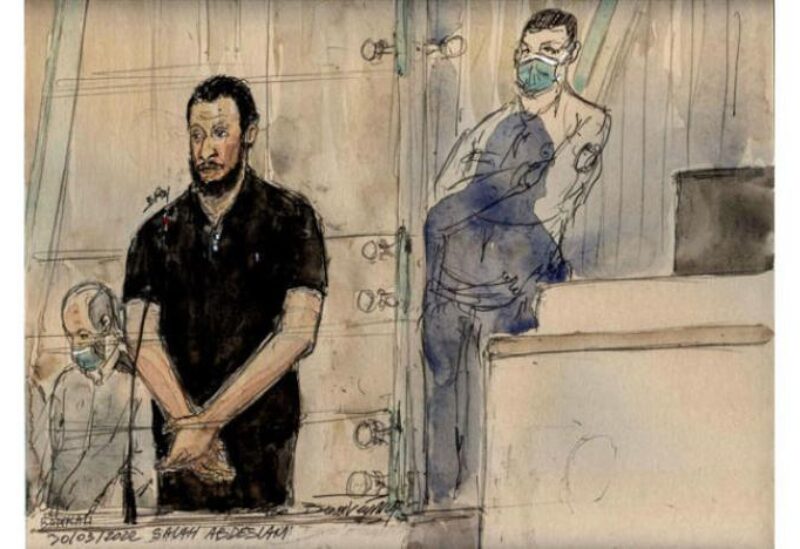 A drawing of Salah Abdeslam, the main suspect in the November 2015 attacks, during his appearance before the Paris Criminal Court

The sole surviving member of an ISIS group cell that killed 130 people in Paris in 2015 was transferred on Wednesday from France to Belgium, where he will be tried later this year.

Salah Abdeslam, a 32-year-old Frenchman of Moroccan origin, was given a whole-life sentence in a trial in France for his involvement in the Paris attacks.

The former Brussels resident was on Wednesday flown from Fleury-Merogis prison south of Paris, later arriving at Belgium’s Ittre prison, between the Belgian capital and Charleroi, a source close to the case told AFP.

He will be held in prison in Belgium until his trial on October 10.

He is being tried there for his involvement in the March 22, 2016 attacks that were carried out by the same cell behind the Paris attacks.

ISIS also claimed responsibility for the attacks in Belgium, which killed 32 people at the national airport and in a Brussels metro station.

The Belgian trial could last until the summer of 2023.

Abdeslam was arrested alive in Brussels by police days before the Belgium attacks.

He was handed over to France to face trial there over the 2015 attacks at the Bataclan concert hall and other venues.

On June 30, he was sentenced to life in prison with only a tiny chance of parole after 30 years, the toughest possible punishment under French law.

He did not appeal the sentence after the trial, which was the biggest in modern French history.

All of the attackers except for Abdeslam blew themselves up or were killed by police during or after the assault.

Abdeslam will be tried in Belgium alongside five of his co-defendants in Paris, including Mohamed Abrini, the “man in the hat” who abandoned his cart of explosives at the Brussels airport before fleeing.

Another native of Brussels, Oussama Atar, the alleged mastermind of the Paris attacks, will also be tried in absentia, as he is presumed dead in Syria.