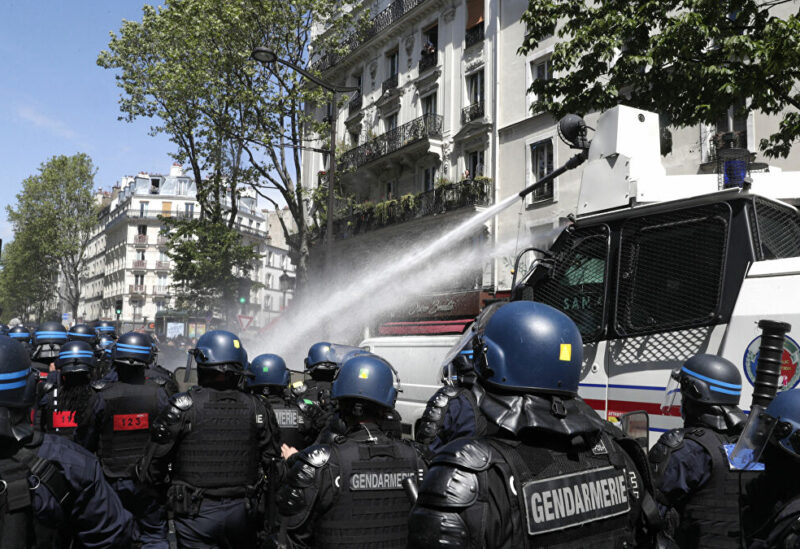 Rallies in solidarity with Palestinians as Gaza and Israel aim missiles at each other have been rocking Europe, the UK, and US this week.

People have taken to the streets in Paris this Saturday to march in support of Palestinians amid the flare-up of tensions in Gaza.

Although the city prefecture and administrative court did not authorize the rally, crowds have gathered in the Boulevard Barbès in the 18th arrondissement of the French capital.

There’s a large police presence in the area – officers have used water cannons to disperse the crowds.

​Demonstrations in solidarity with the Palestinian people have been taking place in Europe, the UK, and US this week after clashes between Arab families – many of whom have been evicted from their homes in East Jerusalem – and Israeli boiled over into missile fire from Gaza into Israel and vice versa.

The water cannons are out in Barbes, Paris. https://t.co/okUzYs4Snq

in Paris, hundreds of policemen are being deployed with water cannons to prevent french people to gather in support of Palestine :))))

i love this government https://t.co/bDbBep9Sk9