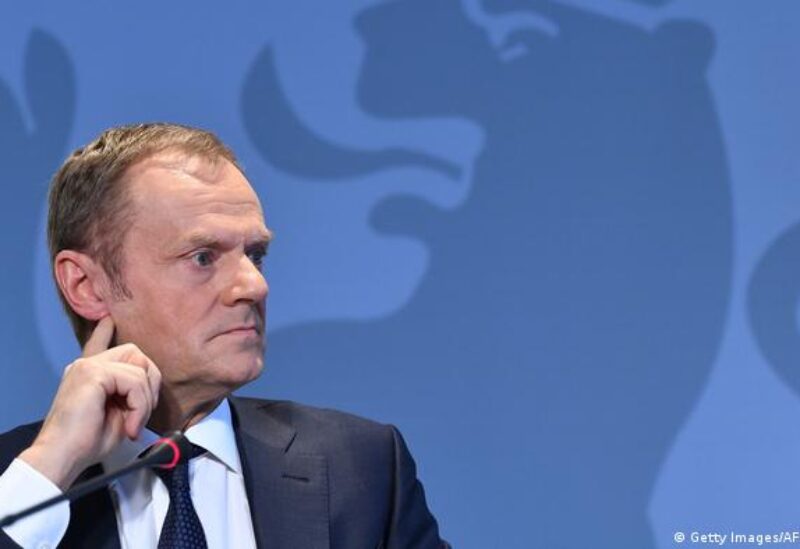 Former European Council President Donald Tusk is set to return to the fore of Polish politics on Saturday, likely to resume leadership of the main opposition party in a move that many members hope can revive its sagging fortunes.

For many in the liberal Civic Platform (PO) party that Tusk helped to found, the stakes are nothing less than Poland’s future in the European Union.

Elections scheduled for 2023 will determine if the governing Law and Justice (PiS) party will continue its conflicts with Brussels over issues including judicial reforms that the EU says undermine the independence of judges and LGBT rights.

Some PO members say Warsaw Mayor Rafal Trzaskowski, who narrowly lost the 2020 presidential election, would provide fresh impetus to a party that some analysts say has struggled to reach beyond its core urban, middle-class electorate.

Nevertheless, many put their hopes in Tusk’s experience and international standing.

“The world has changed, Poland has changed, Poles have changed, Donald Tusk himself has changed,” said lawmaker Arkadiusz Myrcha, who is a part of the Civic Coalition led by PO, adding that Tusk’s stint in Brussels gave him an added sense of authority internationally.

Having lost power in 2015, PO are now languishing around all-time lows in the polls, slipping into third place behind the centrist Poland 2050 party of Catholic journalist Szymon Holownia.

“The biggest opposition party is living through the biggest crisis in its history… Many voters who don’t like PiS also don’t want to vote for PO,” said Rafal Chwedoruk, a political scientist at Warsaw University, adding that Tusk’s return would “not change much”.

A recent poll by Kantar for private broadcaster TVN showed that 60% of Poles believe Tusk should not return to Polish politics or take over as the leader of Civic Platform.

Tusk’s old enemy, Jaroslaw Kaczynski, is also expected to be re-elected as leader of PiS on Saturday but faces problems of his own.

PiS has sought to maintain that its United Right coalition, riven with divisions of late, is stable and can deliver its “Polish Deal” package of economic policies, which it says will raise living standards for most Poles.

PiS swept to power in 2015 thanks to generous social spending pledges that raised living standards for many Poles, and now emphasises how changes to the tax system in the Polish Deal will leave most workers with more disposable income.

However, critics within the coalition say the changes penalise small business owners and the middle class, with three PiS members leaving the party last week amid a fresh bout of infighting.

“Unfortunately, especially due to the economic situation during the pandemic, PiS has started moving away from its economic programme,” Zbigniew Girzynski, one of the MPs who left PiS, told Reuters, adding that there is not enough attention paid to unfair taxation of small business owners.

PiS MPs maintained that the latest problems were minor and simply a part of the democratic process, where differences in opinion are normal.

“I think these doubts will be clarified and issues will be resolved in a positive and calm fashion,” senior PiS MP Arkadiusz Mularczyk told Reuters. “I don’t see a threat to our government’s stability.”