Political rallies in India canceled due to the Covid-19 outbreak 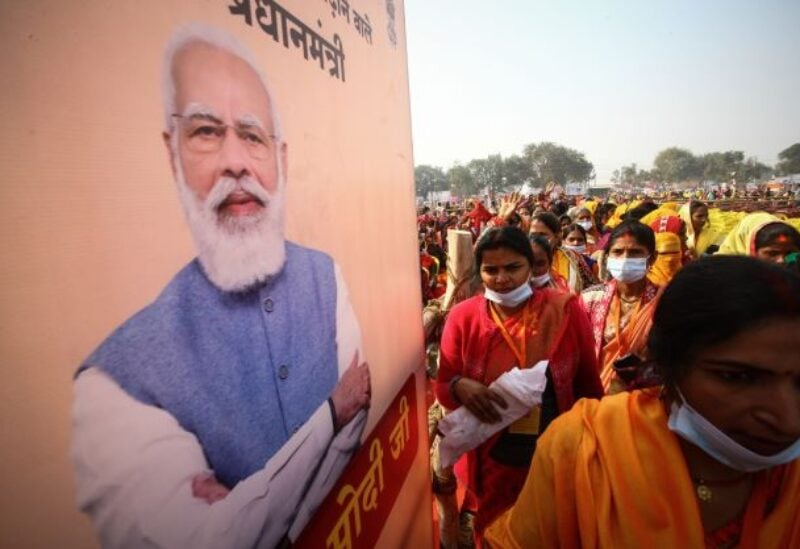 Campaign rallies in central India were canceled on Thursday due to a dramatic increase in Covid cases linked to the Omicron variety, with the number of new infections virtually doubling in two days.

India has seen more than 90,000 new cases in the last 24 hours, with Bombay, the country’s financial hub, setting a new record with 15,166 new infections in a single day since the outbreak began.

The Omicron type, which was first found in India five weeks ago, is causing a dramatic increase in contamination in metropolitan areas, according to health specialists advising the government.

Crowds had flocked to political meetings ahead of the poll next month in Uttar Pradesh, the country’s most populous state with more than 200 million people and a major stronghold of the ruling Hindu nationalist party, Bharatiya. Janata Party (BJP).

But several cities have imposed a curfew and several parties have canceled the gatherings in the face of the risk of an exponential increase in contamination.

“Due to concerns over the growing number of Covid cases, all (…) party gatherings have been called off,” opposition congress spokesperson Ashok Singh told AFP. .

Another opposition group said it is now running a virtual campaign, while the BJP canceled a rally scheduled for Thursday in Noida, a satellite city of New Delhi hit by a wave.

However, according to BJP spokesperson Manish Shukla, the cancellation of the Noida event is not due to the health crisis but to “a technical reason” which he did not detail. . Chief Minister Yogi Adityanath, seen as a potential successor to Mr. Modi, was to appear there.

New Delhi, which already imposes a curfew, as well as Bangalore from 10 p.m., ordered confinement to its population during the weekend, with the exception of personnel of essential activities.

“Imposing a curfew at night and calling (hundreds of thousands) of people to rallies during the day – that defies common sense,” Varun Gandhi, BJP deputy, tweeted last week.

Delhi Chief Minister Arvind Kejriwal announced this week that he had contracted Covid-19, after attending several political meetings for the municipal elections in the city of Chandigarh.

“There is no room for complacency,” V.K. Paul, a doctor working with the government in the fight against the virus, told reporters on Wednesday. “The systems will be submerged, your home will be submerged,” he warned.

More than 200,000 people died from Covid-19 in India between April and June 2021 when hospitals, crematoriums and cemeteries were overwhelmed by the epidemic.

In Punjab (north), in Amritsar, a holy city for the Sikh community, 125 passengers on a charter flight from Italy tested positive on arrival, local press reported on Thursday.

India started vaccinating adolescents on Monday and the booster campaign for people over the age of 60 will start next week.