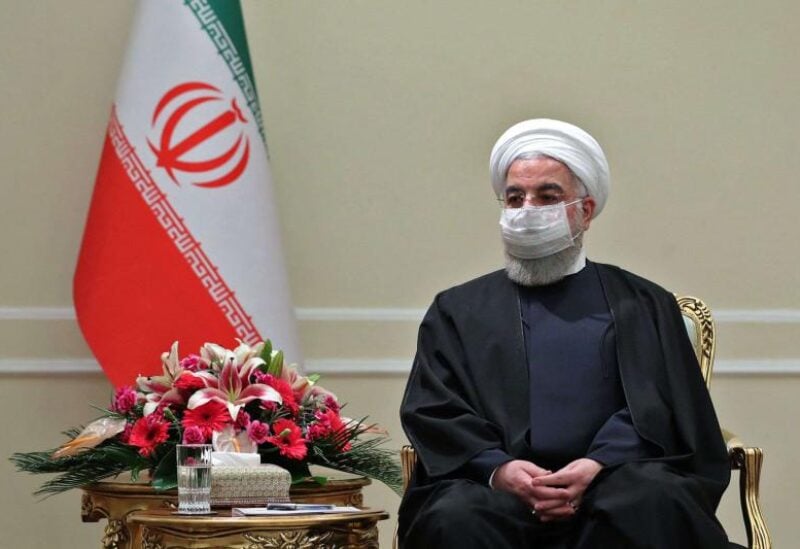 Iranians will go to the polls on Friday, with incumbent president Hassan Rouhani ineligible to run again after serving two terms in office. A dozen candidates have registered to run in the current race, with seven approved by Iran’s Guardian Council – the twelve-member constitutionally mandated body of experts in Islamic law.

Iran’s PressTV has released fresh presidential polling data, showing that Chief Justice Ebrahim Raisi is leading with 57.3 percent, far ahead of three other major candidates, ahead of Friday’s vote.

Raisi, 60, is a conservative traditionalist politician often characterized by Western media as a “hardliner,” is associated with the Combatant Clergy Association, a political grouping of clerics and merchants, and is politically allied to Supreme Leader Ayatollah Ali Khamenei, who was one of his seminary instructors.

Mohsen Rezaee, a conservative affiliated with the Resistance Front of Islamic Iran, is polling in second place with 5.8 percent support, while Abdolnaser Hemmati, a centrist, reformist who served as governor of Iran’s Central Bank under President Rouhani, is in third, with 2.8 percent support. Amir-Hossein Ghazizadeh Hashemi, a conservative from the Islamic Law Party, is trailing the top three candidates with 2.2 percent.

The outlet did not provide polling data on the remaining candidates, conservatives Saeed Jalili and Alireza Zakani. Mohsen Mehralizadeh, a reformist politician, former vice president and former governor, dropped out of the race on Wednesday.

Over 18 percent of those polled remain undecided, with PressTV expecting voter turnout of about 46 percent amid widespread expectations that Raisi will win the race handily and calls by some opposition groups to boycott the vote. Another 9 percent said they plan to cast a blank vote.
The candidates and their campaigns were ordered to halt campaigning on Thursday in observance of the 24-hour pre-election silence rule.

Over 59 million Iranians are eligible to vote in Friday’s election, in which one candidate will need to win 50 percent of the vote or face a run-off election against the second-place finisher.

Friday’s vote is expected to have a significant impact on the Middle East and the world, with Iran’s status as a major political, energy, industrial and military power, and its alliances with a broad range of regional anti-US and anti-Israeli nations and countries – from Bashar Assad’s Syria to the Hezbollah militant moment in Lebanon, making it important who runs the country.

Frontrunner Ebrahim Raisi has campaigned on a platform of creating a self-reliant “resistance economy” to resist US sanctions pressure, but has expressed support for the 2015 Joint Comprehensive Plan of Action nuclear deal, so long as Iran’s interests in the agreement are accounted for.

Iranian officials have spent months negotiating a US return to the landmark nuclear agreement in Vienna, but the negotiations reached a stalemate after Iran demanded that the US unilaterally remove its illegal sanctions, and Washington countering by telling Tehran to dramatically reduce its nuclear enrichment and stockpiling activities.

Raisi has also spent much of the campaign attacking Rouhani, who defeated him in the 2017 presidential race, over his alleged propensity to be too soft on the US and West in general. Like all post-1979 Revolution presidents before him, Raisi has no plans to recognize the State of Israel.

On Domestic and economic policy, Raisi is an opponent of large-scale foreign investment, and has promised to make the fight against “corruption, inefficiency and aristocracy,” as well as job creation and poverty elimination, key priorities of his presidency.

Appointed to head the Iranian Judicial Authority in 2019, Raisi has spent much of the last two years overseeing widely publicized corruption trials, which have brought him a measure of popularity among some, and criticism from others accusing the justice of attacking potential political opponents.