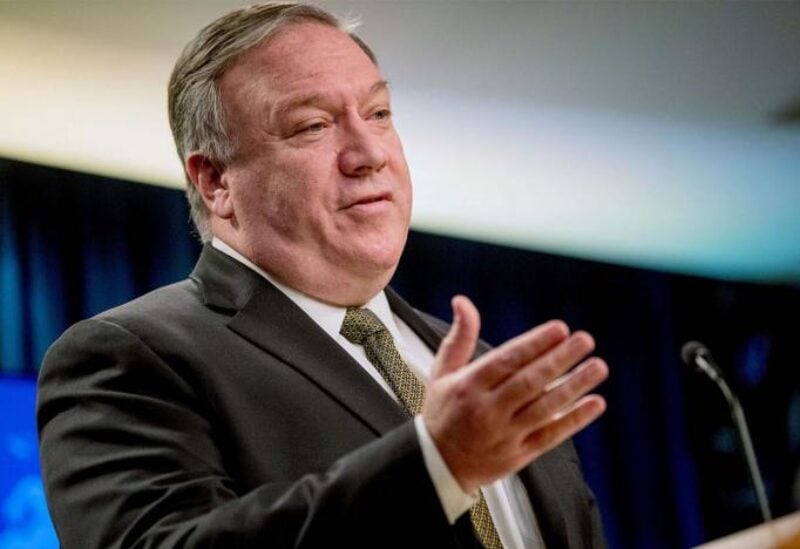 The Trump-era CIA chief and secretary of state has spent months attacking the current administration on a range of domestic and foreign policy matters, and urged Washington to take a ‘tougher’ stance on Russia, China and Iran.

Former secretary of state Mike Pompeo has lashed out at the Biden administration over its Russia policy, claiming he knows how Washington could get Moscow to change its “behavior.”

“I listen to President Biden speak, and I am confident that Vladimir Putin, a former KGB operative, sees weakness. He sees a president that told him ‘Hey, there’s a list of 16 things you can’t touch’, leaving thousands of things he potentially can,” Pompeo said, speaking to Fox News Saturday, and referring to Biden’s remarks to the Russian president last month on 16 critical infrastructure sectors, from energy to water, that should be off limits for malicious cyber activities.

“I think he sees each of those things and says ‘I can move out in this direction, I can continue to accelerate my ransomware program’,” Pompeo added, speculating wildly on Putin’s internal monologue.

The former secretary of state, who also served as Donald Trump’s CIA director between 2017 and 2018, suggested that Washington needs to “ultimately impose real costs on Russian leadership, not just Vladimir Putin, but all the oligarchs who are involved in these operations”. And ordinary Russians need to feel the pain too, he said.

“In the end, all the conversation, all the talking, amounts to nothing. Putin will listen to that, and it will go in one ear and out the other. The only thing that will cause him to change his behavior and cause him to change the behavior of those who are conducting these attacks is that it’s costly. The people of Russia see the pain, the government of Russia sees the pain, that there are real costs. We have the capability to do it,” Pompeo insisted.

Russian officials have yet to respond to the Trump-era official’s comments. However, Pompeo’s implication that the hostile US policy toward Russia in the form of sanctions and other restrictions was attributable to alleged Russian hacking or other malfeasance is a claim that the Kremlin has vigorously disputed in the past.

The latest cybercrime-related claims emerged earlier this month, when US officials confirmed that they were investigating a large-scale ransomware attack targeting hundreds of companies, with the hackers alleged to be based in Russia or another Commonwealth of Independent States (CIS) country due to a piece of code in ransomware that reportedly checks targeted computers’ language settings to make sure it’s not a CIS language before proceeding.

The ransomware allegations gained a political dimension last Tuesday after Bloomberg reported that a “Russian-government affiliated” hacking group with alleged ties to the country’s foreign intelligence agency was also responsible for a recent hack attack on the Republican National Committee. The Russian Embassy in Washington dismissed the report, saying it “strongly reject[s] such fabrications” and adding that “no evidence” was provided that the attack even took place. The Embassy added that Presidents Putin and Biden discussed cyberspace security issues at their summit meeting in Geneva last month, and that “unsolicited accusations based on the testimony of some anonymous sources only spoil” the important work in this direction.

Last month, Putin complained in an interview with US media that while Washington has repeatedly accused ‘Russia-backed actors’ of engaging in malicious hacking attacks against the US government, companies, and other entities, it has consistently “refused” Russia’s overtures to engage in joint work in this area.

While US officials and media have charged Russia with a broad range of cybercrimes – from attacks on elections to schemes to shut off critical infrastructure in emergency situations, and even alleged hack attacks to obtain US and British coronavirus vaccine research. However, while these accusations have led to real world consequences, including an expansion of sanctions against the Russian government and businesses, they have not been accompanied by any publicly presented evidence to actually prove Moscow’s guilt.

At the same time, former NSA cryptographer-turned whistleblower Bill Binney explained to Sputnik last year that the CIA has a software package known as ‘Marble Framework’ which enables the foreign intelligence to ‘spoof’ attacks –making them appear like they’re coming from Russia, China, Iran, North Korea or an Arab country, while they’re really coming from inside the US itself. The existence of such software, which other major powers may possess as well, potentially makes attribution for malicious hack attacks something very difficult to prove.