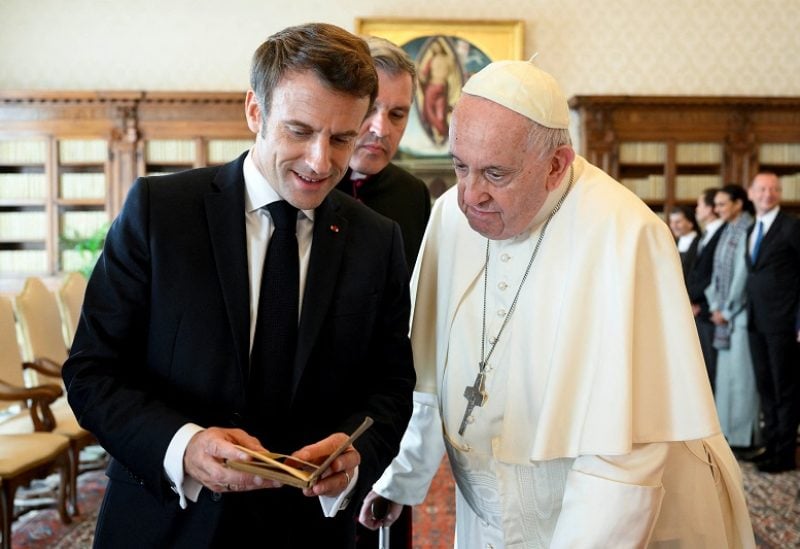 Pope Francis meets French President Emmanuel Macron and his wife Brigitte Macron (not pictured) following a private audience at the Vatican October 24, 2022. Vatican Media/Handout via REUTERS ATTENTION EDITORS - THIS IMAGE HAS BEEN SUPPLIED BY A THIRD PARTY.

Pope Francis and Macron held almost an hour-long conversation, according to a statement by the Vatican.

Macron arrived in Italy on Sunday to attend an international conference for peace, organized by the Community of Sant’Egidio, a Catholic association.

“During the cordial discussions, which took place in the Secretariat of State, the parties focused on matters of an international nature, starting from the conflict in Ukraine, with special attention to the humanitarian situation,” the statement said.

They also discussed the situation in Caucasus, the Middle East, and Africa, it added.

Earlier on Monday, Pope Francis received Greek Cypriot leader Nicos Anastasiades, during which they discussed the “possibility of further collaboration on areas of mutual concern, such as the reception of refugees.”

“Also on the agenda were the reunification of Cyprus and the situation of the Mediterranean region more broadly,” according to the readout.