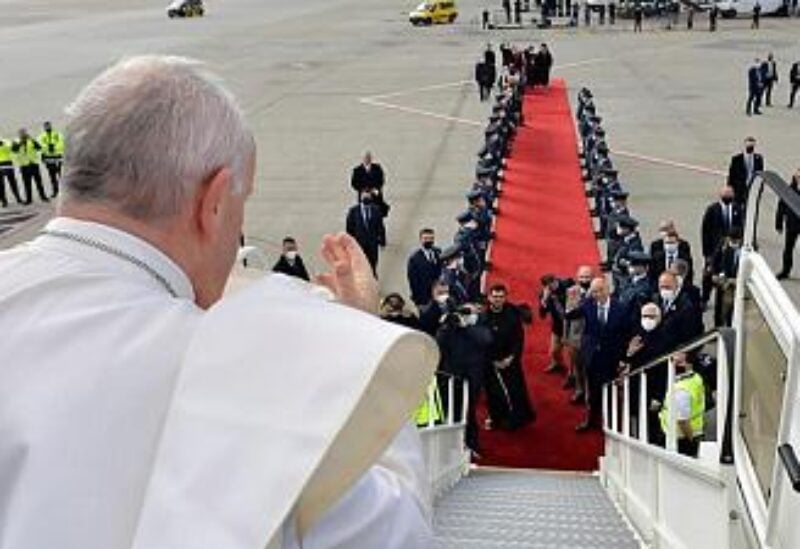 At a school in Athens on Monday, Pope Francis heard from young people, including children of migrants fleeing violence or poverty, as he concluded a journey to the Mediterranean in which he championed the rights of refugees and chastised those who use their misfortune for political advantage.

The pope’s last visit to Greece was to a Catholic-run school, where he heard from numerous pupils, including 12-year-old Aboud Gabro, whose family fled Syria when their house in Aleppo was directly damaged by a bomb in 2014.

He also advised the children to become sociable rather than social media slaves and “prisoners of the mobile phones in their hands.”

During a five-day visit to Cyprus and Greece, Francis returned to Lesbos, the Greek island on the forefront of Europe’s migration crisis when it began in 2015, lamenting that “little has changed” since his previous visit there.

Speaking from the island’s migrant camp, Francis called the Mediterranean, where thousands have drowned trying to make the crossing to Europe, “a grim cemetery without tombstones”.

Greece, and more recently Cyprus, are the main gateways into the European Union for people trying to flee war and poverty in the Middle East and beyond.

Nearly a million people, mostly Syrians, crossed to Greece from Turkey in 2015, before travelling to wealthier northern European countries, where their arrival has fueled support for populists and far-right groups.

At an emotional meeting with migrants in Cyprus, Francis compared the conditions in which migrants are held in Libya and elsewhere to those in Nazi and Soviet camps.

The pontiff arranged to have 50 migrants living in Cyprus relocated to Rome.