Pope Ends Visit to Greece Focused on the Plight of Migrants 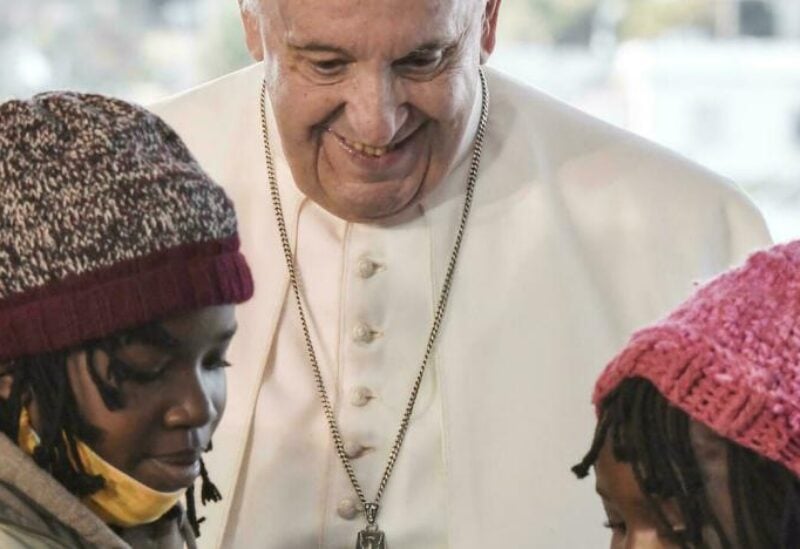 Pope Francis on Monday wraps up a landmark three-day visit to Greece which has been marked by his calls for better treatment of migrants in Europe and a visit to asylum seekers on the island of Lesbos.

After a last meeting with young people at a Catholic school, the pope is due to leave Athens to return to Rome at the end of the morning, AFP reported.

Since his arrival in Greece on Saturday, Francis has met with the head of the Greek Orthodox Church and visited the Mavrovouni tent camp on Lesbos, where he called the neglect of migrants the “shipwreck of civilization”.

Following his visit to the migration flashpoint, he celebrated mass for some 2,000 faithful in Athens, where he urged respect for the “small and lowly”.

In 2016, Francis visited the sprawling Moria camp on Lesbos, when the island was the main gateway for migrants heading to Europe.

His visit to Mavrovouni was shorter than in 2016 but he was warmly welcomed by a crowd of migrants at the camp, which houses nearly 2,200 asylum seekers.

People later gathered in a tent to sing songs and psalms to the pontiff, who listened to them, visibly moved.

“I am trying to help you,” Francis told one group through his interpreter.

The Mavrovouni camp was hurriedly erected after Moria, then the largest such site in Europe, burned down last year.

In his speech, Francis warned that the Mediterranean “is becoming a grim cemetery without tombstones” and that “after all this time, we see that little in the world has changed with regard to the issue of migration”.

The root causes “should be confronted — not the poor people who pay the consequences and are even used for political propaganda”, he added.

According to the International Organization for Migration, 1,559 people have died or gone missing attempting the perilous Mediterranean crossing this year.

About 40 asylum-seekers, mostly from Cameroon and the Democratic Republic of Congo, participated in an Angelus prayer in a camp tent with the pope, in the presence of Greek President Katerina Sakellaropoulou, EU vice-president Margaritis Schinas and Greek Migration Minister Notis Mitarachi.

“His visit is a blessing,” said Rosette Leo, a Congolese asylum seeker carrying a two-month-old baby as she waited in line for the ceremony.

However, Menal Albilal, a Syrian mother with a two-month-old baby whose asylum claim was rejected after two years on the island, said refugees “want more than words, we need help.”

“The conditions here are not good for a baby,” she told AFP.

“The Greek government should think about us, we’ve been here for two years without work or education,” said Francois Woumfo, from Cameroon.

The pope has long championed the cause of migrants and his visit came after he delivered a stinging rebuke to Europe which he said was “torn by nationalist egoism”.

Before arriving in Greece, the pope visited Cyprus, where authorities said that 50 migrants will be relocated to Italy thanks to Francis.

The 84-year-old pope is himself from a family of Italian migrants who settled in Argentina.