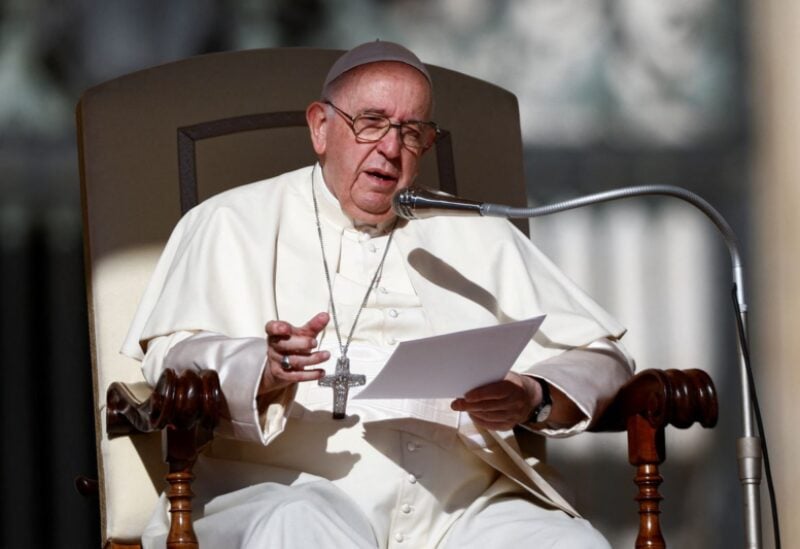 Pope Francis stressed the importance of dialogue, cooperation and confronting problems, in his message addressed to the participants in the 8th session of the “Rome Conference for Dialogues between the Mediterranean Countries”, in which Lebanon’s Caretaker Minister of Foreign Affairs Abdallah Bou Habib is partaking.

The Pope touched on several important issues such as immigration and the war in Ukraine and other topics, in his message during the conference organized by the Italian Ministry of Foreign Affairs and International Cooperation and the Italian Institute for International Political Studies for shared policies in the Mediterranean region.

The Supreme Pontiff highlighted the significance of the conference in its commitment to dialogue and joint reflection in search of coordinated solutions or approaches for the common interests of the peoples bordering on the Mediterranean Sea with their diverse cultures.

The Pope spoke in his message of the capacity of the Mediterranean Sea to connect three continents, a bond that has been very fruitful historically, and also through migration. He said: “With this sea, Africa, Asia and Europe converge, but unfortunately we often forget that the lines that delineate borders are also those that connect.”

Pope Francis continued to consider that through such an intersection of humanity, many opportunities await us and we must therefore restore the culture of encounter from which we have benefited so much…”Thus, a sense of fraternity can be rebuilt by developing more just economic relations and also more humane relations, including with immigrants,” he asserted.

His Holiness underlined the importance of the diverse topics offered for reflection during the conference, revealing that social and ethical issues cannot be separated from the multiple situations of a geopolitical crisis or from environmental issues. “From this perspective, the notion of facing individual issues separately while ignoring other issues is a misleading method because it carries the risk of reaching partial and dysfunctional solutions that do not solve the problems at stake, but rather make them chronic,” deemed the Pope.

“Intertwined subjects require collective study through a coordinated vision in the broadest possible way, which emerged strongly during the crisis resulting from the pandemic, and which was an additional confirmation that no one can survive alone,” he maintained.

The Pope stressed the need for all people to gain greater awareness that the cry of our poorly treated planet is inseparable from the cry of suffering humanity.

“This goal is also the horizon of commitment for men and women of good will,” he told the participants, adding, “Let this also be the horizon of your dialogues,” as he wished them a fruitful work session.