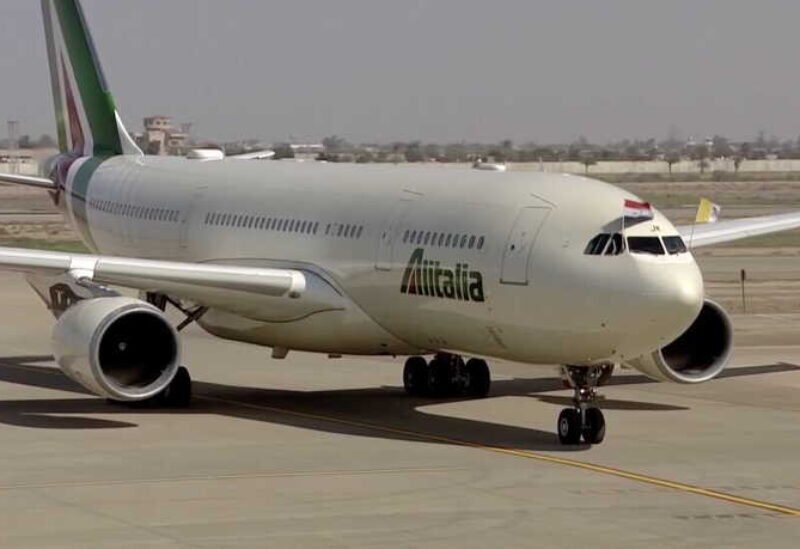 Pope Francis landed in war-battered Iraq on Friday on a first-ever papal visit, defying security fears and the COVID-19 pandemic to comfort one of the world’s oldest and most persecuted Christian communities.

The 84-year-old, who said he was travelling to Iraq as a “pilgrim of peace”, will also reach out to Shiite Muslims when he meets Iraq’s top cleric, Grand Ayatollah Ali Sistani.

The pope left Rome early Friday for the 4-day trip, his first abroad since the onset of the global pandemic, which left the leader of the world’s 1.3 billion Catholics saying he felt “caged” inside the Vatican.

“I’m happy to resume travel, and this symbolic trip is also a duty to a land that has been martyred for years,” he told journalists aboard his plane.

His plane landed at 1:55 pm (1055 GMT), waving the flags of both Vatican City and Iraq as it taxied on the tarmac at Baghdad International Airport, where Prime Minister Mustafa Al-Kadhimi welcomed him.

“With love and peace, Iraq’s people and government are welcoming His Holiness Pope Francis and reaffirming the depths of this humanitarian bond,” Kadhimi said ahead of the pope’s arrival.

While Francis has been vaccinated, Iraq has been gripped by a second wave of infection with 5,000 plus new cases per day, prompting authorities to impose a full lockdown during the pontiff’s visit.

“I’ll try to follow directions and not shake hands with everyone, but I don’t want to stay too far,” Francis said ahead of his arrival.