Pope Francis asks for prayers for ex pope Benedict, who he says is ‘very sick’ 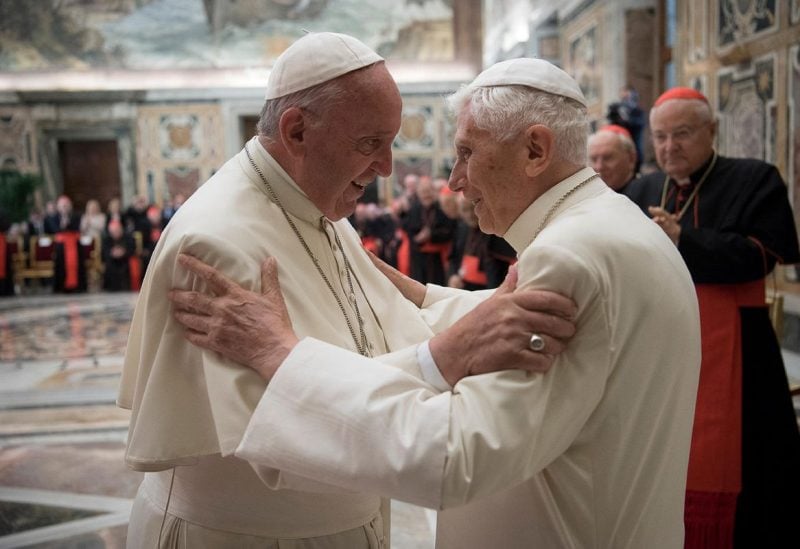 Former pope Benedict (R) is greeted by Pope Francis during a ceremony to mark his 65th anniversary of ordination to the priesthood at the Vatican June 28, 2016. Osservatore Romano/Handout via Reuters

Pope Francis on Wednesday asked for prayers for former pope Benedict, saying he is “very sick”.

Francis made the surprise appeal at the end of his general audience, giving no details.

Benedict, 95, in 2013 became the first pope in some 600 years to resign. He has been living in the Vatican since then.